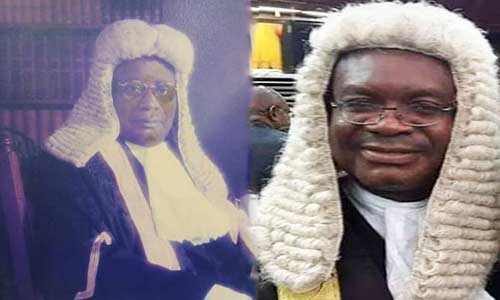 The Body of Senior Advocates of Nigeria(BOSAN) in a statement issued by the BOSAN Secretary, Seyi Sowemimo, SAN, which was made available to TheNigeriaLawyer(TNL) has expressed its sadness over the painful demise of two of its members,Sir Jadegoke Badejo, SAN and Chief (Sir) Alfred Oghobamien,SAN.

Mourning the demise of Sir Jadegoke, SAN according to the statement:

“The BOSAN Secretariat wishes to announce the death of Sir Jadegoke Adebonajo Badejo SAN. KJW, who died on the 5th of June 2020.

Furthermore, BOSAN noted that Sir Jadegoke led a remarkable life style and a worthy service to the Legal Profession through his service as Legal Consultant to several companies and others.

“Sir Jadegoke Badejo has acted as Legal Consultant and Company Secretary to many blue chip companies and orthodox religious bodies in Nigeria.” He said.

Meanwhile, BOSAN expressed deep sadness over the demise of the deceased.

“We deeply mourn the sad demise of our colleague and we pray that the Almighty God grants his family the fortitude to bear the irreparable loss.” He added.

“Funeral arrangements as released by his family will be announced in due course. “ The statement concluded.

In another development, while mourning the late Chief Alfred, SAN, according to BOSAN:

“Sir Alfred Eghobamien was called to the English Bar and the Nigerian Bar in the years 1972 and 1973 respectively. He was conferred with the rank of Senior Advocate of Nigeria in 1995.”

In addition, BOSAN noted that Chief Alfred had left an indelible imprints in the sands of Edo State politics.

“As an eminent lawyer in matters of Edo State politics, Sir Eghobamien represented Edo State at the 2005 National Political Reform Conference (CONFAB). He was later appointed a Life Bencher in 2017.” The statement remarked.

“We deeply mourn the sad loss of Chief Eghobamien and pray that the Almighty God grants his family the strength and courage to bear the irreparable loss.” The statement added.

“Further information on the funeral arrangements as released by his family will be announced in due course.” The statement also concluded.