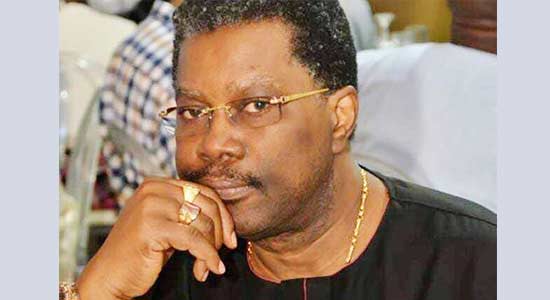 Although, the cause of his death is yet to be disclosed, sources close to the family hinted that the late billionaire died of complications from COVID-19.

Our correspondent gathered that Akin-Olugbade fell ill, after returning from a wedding ceremony on December 26, where he had served as chairman of the reception.

He was rushed to Paelon Memorial Hospital, Ikeja. He was reportedly discharged last week. However by last weekend, he was rushed to one of the isolation centers in Lagos.

The late Akin-Olugbade who made his first millions at the age of 24 has one undying obsession ,that is his carve for Rolls Royce was aged 64.

Akin-Olugbade was a successful lawyer with a doctorate in Company Law from Cambridge University. He was an unabashed lover of high-end Rolls Royce cars, and was globally reputed as one of the largest collectors of Rolls Royce. He was so obsessed with the brand that he had 10 Rolls Royce which has his customized plate numbers- ‘BOLU 1, 2, 3, 4, 5…”

His marriage to Ladun, his wife of 40 years was blessed with children and grandchildren.