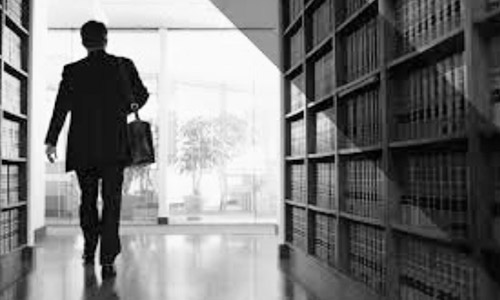 “Subject to the provisions of this section, if any person other than a legal practitioner prepares for or in expectation of reward any instrument relating to the grant of probate or letters of administration, or relating to or with a view to proceedings in any court of record in Nigeria;

Professional Fees
Where a Solicitor prepares a document, and acts in property transfers, the client is to pay the legal practitioner his adequate remuneration for services rendered.
A Solicitor can either be paid his fees in advance or he is to rely on terms of any agreement between him and the client. In F.B.N Plc. v. Ndoma-Egba (2006) All FWLR (Pt. 307) 1012 at 1034, the court held that in situations where he has not received his fees, and there was no agreement between both parties, the Solicitor is required to submit his bill of charges Under Rule 52(1) of the Rules of Professional Conduct, 2007, a lawyer shall charge professional fees for his services which shall be reasonable and commensurate with the service rendered. He may charge any of the following fees:

Retainership
Rule 43 of the Rules of Professional Conduct provides for retainership. A retainership arrangement is one in which payment is made to the legal practitioner by a client, and could be general or special.

The Solicitor must prepare a bill for the charges containing particulars of the principal items included in the bill and signed by the Solicitor (if it is a firm, by one of the partners or in the name of the firm) – Section 16(2)(a) of the Legal Practitioners Act.

There is no specification on how the prepared bill of charges should look like, but it should most likely be in the form of an invoice or statement containing the charges, and must be signed by the Solicitor preparing the bill of charges

A Solicitor should endeavour to prepare a detailed bill of charges with all the particulars of work done, cost, expenses and disbursements. Where the bill of charges does not contain the particulars, it should be objected to by the client otherwise he will be deemed to have waived his right. Where the bill does not contain detailed particulars and it is objected to, the court will hold that the bill does not comply with the requirement of the Legal Practitioners Act, and cannot sustain an action for recovery of professional charges.

The following should constitute the particulars of the principal items of the bill of charges:
1. The bill of charges should be headed to reflect the subject matter. If it is in respect of litigation; the court, the cause and the parties should be stated.
2. The bill of charges should contain all the charges, fees and professional disbursements for which the legal practitioner is making a claim. Professional disbursements include payments which are necessarily made by the legal practitioner in pursuance of his professional duty such as court fees, witness fees, etc., if paid by him.
3. Charges and fees should be particularized, for example:
4. Perusing documents and giving professional advice;
5. Conducting necessary (specified) inquiries or using a legal agent in another jurisdiction for a particular purpose;
6. Drawing up the writ of summons and statement of claim or defence
7. Number of attendances in court and the dates;
8. Summarised statement of the work done in court, indicating some peculiar difficult nature of the case (if any), so as to give an insight to the client as to what he is being asked to pay for; and
9. The standing of the Solicitor at the bar in terms of years of experience and/or rank with which he is invested in the profession. This was stated in Savannah Bank of Nig. Plc. v. Opanubi (2004) All FWLR (Pt. 222) 1587 at 1610.
10. It is required to give sufficient information in the bill to enable the client to obtain advice as to its taxation and for the taxing officer to tax it. It is therefore necessary to indicate against each of the particulars given in the bill of charges a specific amount, taking into account the status and experience of the legal practitioner and the time and efforts involved.

Recovery of Professional Fees
Section 16(1) of the Legal Practitioners Act provides that, subject to complying with certain conditions, “a legal practitioner shall be entitled to recover his charges by action in any court of competent jurisdiction”. Mabogunje v. Odutika (2003) 1 NWLR (Pt. 802) 570 and Abubakar v. Manulu (2001) 8 NWLR (Pt. 714) 717 posits this.

The fee owed by a client to a Solicitor is called ‘debt’ which is recoverable. The procedure for recovering such fees is neither exclusive nor exhaustive since apart from court action, the Solicitor may decide to recover his fees by any of the methods of persuasion, mediation, conciliation, or negotiation. The reason being that it is advisable to always seek for alternative dispute resolution before litigation (court action). In recovering charges, a Solicitor may charge 10% per annum as interest on his disbursement and cost.

According to Section 16(2) of the Legal Practitioners Act, three important and mandatory things which a Solicitor must do to recover his charges from a defaulting client are:
1. He must prepare a bill of charges which should set out the particulars of the principal items of his claim.
2. Serve the bill on the client.
3. He must allow a period of one month to expire from the date of delivery before the action is commenced. The bill of charges must have been served on the client personally or left for the client at his last known address or sent by post addressed to the client at his last known address.

After delivery of the bill to the client, the period of one month beginning with the date of the delivery of the bill must expire before an action is instituted to recover the charges.
There are, however, circumstances which may make the court reduce or lessen the period of one month within which a Solicitor is expected to wait after service of the bill, before the commencement of the action against the client. Section 16(3) of the Legal Practitioners Act provides:
1. That the Solicitor delivered a bill of charges to the client;
2. That on the face of it, the charges appear to be proper in the circumstances; and
3. That there are circumstances indicating that the client is about to do some act which would probably prevent or delay the payment to the legal practitioner of the charges.

However, where a direction for providing for security is given under section 16(3) and security is not given in accordance with the direction, an order for taxation shall not be made.
Section 17(2) also provides that the court may, if it thinks fit on an application made after one month of the delivery of the bill of charges by the legal practitioner or the client (except where he had failed to give security as directed), order that the bill be taxed and also order that until the taxation is completed, no action to recover the charges mentioned in the bill shall begin and any such action already begun shall be stayed.

Taxation of Charges
Section 18 of the Legal Practitioners Act provides for the procedure for taxation. Section 18(1) provides thus:
“The taxation of a bill of charges shall be in accordance with the provisions of any order in force under section 15 of this Act; and where no such order is in force or any item falling to be taxed is not dealt with by the order, the charges to be allowed on taxation of the item shall not exceed such as are reasonable having regard to the skill, labour and responsibility involved and to all circumstances of the case.”

If any party to the taxation is dissatisfied with the determination other than the amount notified by the court, he may within 21 days from the date of determination or filing, appeal to the court under section 18(5) of the Legal Practitioners Act.

If the amount determined by the court as charges is less than the amount of the bill by one-sixth of the bill or more, then the legal practitioner is liable to pay the cost of the taxation; otherwise, it is the client that will pay the cost as stated in Section 18(7) of the Legal Practitioners Act.

Finally, charges for work carried out by a lawyer are based on the amount of time spent on a particular matter. A lawyer’s charges must be fair and reasonable and will also take into account such things as the complexity of the matter and the value of the property or money involved. Every Lawyer concerned with a matter must try to keep a detailed note of meetings, telephone calls and time spent on every file or matter.