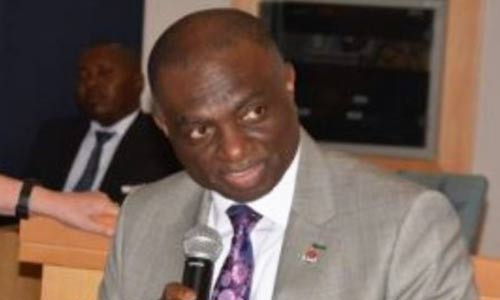 The death of Uju Ndubuisi-Chukwu has continued to generate reaction barely one month after her body was found at a hotel where she had lodged for a conference in Johannesburg, South Africa.

One of those who reacted recently is the Consul General of Nigeria in South Africa, Godwin Adama, when he featured as a guest on Channels Television’s Sunrise Daily on Friday.

Although she was said to have died a natural death, an autopsy report indicated that the circumstances surrounding her death pointed to strangulation.

Mr Adama underscored the steps taken so far by the Nigerian Consulate in the country since the news about Ndubuisi-Chukwu’s death broke.

“On this matter, we have been on it right from the beginning of the incident. The sad development happened on the 14th of June,” he said via telephone on Sunrise Daily.

He noted that Nigeria has are two missions in Pretoria and Johannesburg, but none of them was aware of the incident.

Adama explained that he met with the management of the hotel who called a security official who was part of a preliminary investigation team looking at the incident.

He said he was informed that the matter was being handled by the police after which he headed to the police station in charge of the case.

The Consul General narrated, “I immediately drove there and at that time, there was nothing suspicious. Of course, it was a weekend, the police were not there.

“They told me that the investigating police officer will be available on Tuesday and then after that, I made efforts to see who I could reach.

“A young man who introduced himself as the cousin of the deceased got in touch on Sunday and told me that the brother of the deceased, Dr Chinedu Ndubuisi, was around and was staying in a hotel.”

Adama said he met with both men at his residence on June 17 where the matter was discussed and they concluded that the victim must have died of a heart attack.

He noted that they also agreed to wait for the autopsy report while they continue with the arrangement to bury the deceased.

“About the 26th or so, they got back to me with the autopsy report that she may have died in the circumstances of consistent strangulation; that is when now the issue of how she died came in,” Ndubuisi explained.

He added, “After that, the investigator of the case which was not exactly the original investigator came into it on pressure and then they went immediately to the hotel and the hotel gave them access to watch the CCTV footage and then nothing was seen, of course, in that footage.

The envoy said he also went to the hotel with a team from the mission to watch the said CCTV footage again.

While they were granted access to the video, he said he was referred to the police investigator in charge of the case for a copy of the clip.

As the authorities in Nigeria and South Africa continue efforts to ascertain the cause of Ndubuisi-Chukwu’s death, sympathisers have continued to call for justice in the matter.