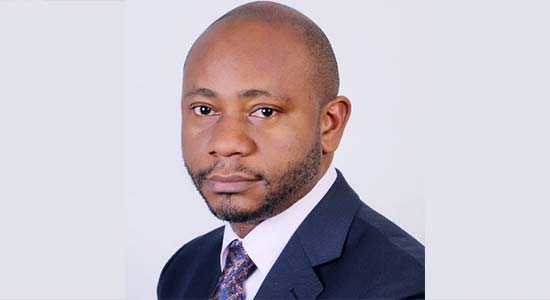 Adigun is a brilliant 15-year-old boy who is rather shy and withdrawn and wears glasses to correct his short-sightedness. He is an only child of extremely busy parents. His mother is a Banker while the father is a contractor who frequently travels around the country for meetings and to supervise projects. The old housekeeper barely spoke minimal English and was therefore unable to engage or meaningfully interact with Adigun. Thus, he grew up with his video games and consoles as his companions. Throughout his primary and secondary school education, he was unsuccessful with making friends – partly because he stammers and is awkward. It also did not help that he was obese. However, his academic performance was consistently above average. Unsurprisingly, Adigun was often the butt of jokes throughout his primary and secondary school years.

But he is also a very gifted artist. His artistic talent was discovered by a new female teacher, Miss Temi, who noticed he was distracted and scribbling at the back of the class. She stole upon him and was astonished at the near-perfect drawings of his classmates and the Teacher, drawn in real time   – using his pen. Miss Temi subsequently developed a special interest in him and encouraged him to explore his talent. Adigun started flourishing with attention. He soon became infatuated with Miss Temi and started imagining that he was in love with her. He started writing draft love letters. Unfortunately for him, he was careless with the draft and his mischievous classmates stole it from his desk and posted it on Facebook.

He was so devastated and ashamed that he did not know what to do. How would he ever show his face in school again? He already saw all the taunting comments and likes it had gathered within hours of being shared. There was not a single sympathetic comment. He switched off his phone and cried bitterly in his bathroom. He decided to go out and take a taxi to clear his head as the house felt like a prison, making it difficult for him to breath. While on the 3rd mainland bridge, it suddenly occurred to him that he could jump into the lagoon and simply drown and not have to face up to the embarrassment. In any case, his mother was always accusing him of being too soft and behaving like a girl. While his father simply never had his time. No one will miss me, he concluded as he alighted from the taxi, waited awhile and then he jumped.

Postscript: Adigun was rescued by the officers of the Lagos State Waterways Authority (LASWA) and promptly handed over to the Police as he struggled with his rescuers to allow him to die. He was arrested for interrogation in the full view of the media who were busy taking pictures and recording a video of the events as they unfolded.

The Criminal Code of the Federal Republic of Nigeria states inter alia, in Chapter 27, Section 327: “Any person who attempts to kill himself is guilty of a misdemeanor, and is liable to imprisonment for one year.” So, Nigeria is still one of the few countries where attempted suicide is NOT seen as a cry for help and a need for intervention but is seen – in the eyes of the law, as a crime punishable with jail. Thankfully, when an undergraduate who attempted suicide was rescued recently from the Lagoon, the police did not prosecute him but eventually released him to his family.

But critical questions, moving forward includes how to repeal/amend that section to de-criminalize attempted suicide from our statutes. Furthermore, what should be the protocol for handling cases of attempted suicide? How should we get psychological intervention for such individuals and their families? Should the identity of such individuals and their faces be splashed all over the media?

And there is still the small matter of the laws regulating the practice of mental health in Nigeria, which remains the obsolete Lunacy Act of 1958, which we inherited from the British Colonial Government. The revised Mental Health Bill has been before the National Assembly for so many years now but has not received any attention. This situation is also unhelpful.

It is a crying shame that attempted suicide remains a crime in our laws. This matter should receive urgent legislative attention at national and state levels to effect a change. Furthermore, the Mental Health Bill should be expeditiously considered and passed. Lastly, attempted suicide should be seen as a cry for help and an opportunity to make amends. In the case of Adigun for instance, he needs psychological support, as well as family therapy. Certainly not, jail time or a media circus.