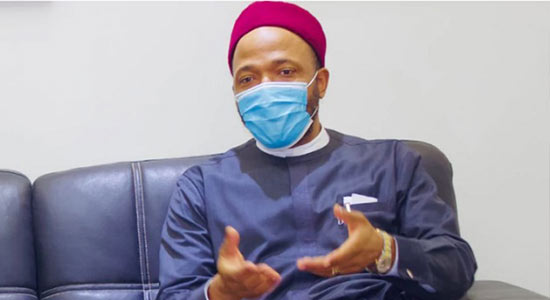 The Federal Government has said that members of the Academic Staff Union of Universities (ASUU) have no justification for embarking on another round of strike action as it has responded to all the demands of the lecturers within the limit of resources available.

Government has also told the lecturers to think out of the box and to look beyond incessant strike actions in resolving the issues affecting university education in Nigeria.

Director, Press and Public Relations, Federal Ministry of Education, Mr Ben Bem Goong, spoke to Tribune Online in Abuja while reacting to comments credited to the National President of ASUU, Professor Emmanuel Osodeke that the N30bn Revitalisation Fund and N22.5bn Earned Academic Allowance to the tune of N52.5bn released by the Federal Government was not enough to deal with the challenges facing the university system.

Osedeke was quoted to have said that there was a possibility that the union would still go on strike, unless the government addressed its demands, including the 2009 agreement.

He urged the Federal Government to address the issues concerning the Integrated Payroll and Personnel Information System, which the union rejected and asked to be replaced with the University Transparency, Accountability Solution. He also said renegotiation and resuscitation of universities had not been addressed.

While Minister of State for Education, Hon. Chukwuemeka Nwajiuba said there was no justification for another strike by ASUU,  arguing that the Federal Government had addressed the issues raised by the union, Ben Goong, the spokesperson of the Ministry said strike was  unnecessary as it has done more harm than good to the University system.

He noted that a full academic calendar was lost to the last nine-month industrial action by ASUU, which most universities are struggling on how to remedy.

He said: “I think every Nigerian except ASUU has agreed that we should look at other options of dealing with the issues the Union has raised over the decades. We have lost full academic session to strike; every university has lost that. ASUU itself should think outside the box. If you are doing the same thing every year and it’s not giving you expected result, you should think of doing it differently.

“For 20 years, 2 decades we are inundated with strikes, so, it is my considered opinion that ASUU should look beyond strike,” he said.

He lamented that ASUU has been using the earned allowance, he simply described as overtime allowance to derail the university system with frequent strike action.

“But if you ask me, ASUU is perpetrating the issue of earned allowance to continue to derail the education sector, especially at the University level.  The truth is that extant rules in academics dictate that Universities should employ the best of their hands in every department every session. Every department retains that student that made First Class and if you continue to go with that over time or in no time at all, you would have taken out the issue of one lecturer working in so many institutions and saying, I have done overtime.

“Regular lecturers would have been available but the universities have deliberately refused to implement that, retaining the best of their brains in every department aimed at ensuring that they have sufficient manpower,” he said.

Speaking in the same vein, a Professor of Education and former Vice-Chancellor of a Federal University, who asked not to be named because his immediate university community would not be happy with the comments, since he is still lecturing in the system, said ASUU has failed to look inwards at what is happening within the university system but chose to confront government on issues that could be tackled effectively within various institutions.

He said: “The University in Nigeria is like a basket that no matter how you fill water, the water will keep going away. What do I mean by that? The way Universities recruit staff is always far above their capacity. If you check the staff/students ratio in the Nigeria University system compared to foreign universities that they normally want to compare us with, the fact is that the number of staff that are recruited both academic and non-academic are far in excess of the need.

“I’m talking about staff generally because anytime ASUU goes on strike, other staff unions threaten or go on strike demanding for almost the same things, it’s like a circle. When you recruit these people without thinking about the quality and who pays their salaries, only one source, the Federal Government.

“So, the Federal Government must come out with a policy on these people should be recruiting because that is one of the greatest challenge in the system. For instance, when the government budgets certain amount for payment of salaries, by next year they have recruited over 10,000 staff and this will definitely affect the budget,” the source said.

He pointed out that this irregular recruitment of staff was responsible for shortfall in payment of salaries, an indication as to why ASUU has insisted that IPPIS was not suitable for University system where staff could be hired at will because of its peculiarities.

The source said Federal Universities were particularly guilty about the issue of irregular recruitment across the country, adding that in some cases some of the staff do not even have place to sit in the offices and they all add to the Federal Government wage bill.

The leadership of the National Association of Nigerian Students (NANS) and other stakeholders have also asked both the Federal Government and ASUU to find a way of resolving their differences amicably as “employer-employee relationship not as cats and dogs” in the interest of education for the children of less-privileged in the country.

Vice-President of NANS (Special Duties), Comrade Odiahi Thomas Ikhine, told Nigerian Tribune that anytime the lecturers go on strike, it was the students that bear the brunt, saying it was high time that strike is eliminated from the university system in Nigeria in view of the monumental havoc to the system.

He appreciated the struggle of ASUU for emplacement of a better university system in Nigeria but insisted that was no longer the best option.