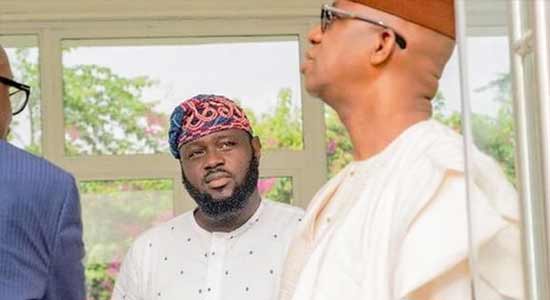 More troubles appear to be brewing for the suspended aide to Ogun State Governor Dapo Abiodun, Abidemi Rufai currently enmeshed in a $350,000 unemployment benefits fraud scandal in the United States of America.

Our correspondent learnt that the United States Department of Justice has written to the United States Magistrate Judge in Eastern District of New York, Ramon Reyes, claiming that the surety provided by Abiodun’s aide is a suspected fraudster.

The Acting U.S. Attorney, Tessa Gorma, in a letter said the “surety is suspect in an investigation into an email impersonation scheme.”

Recall the 42-year-old was arrested last week on his way back to Nigeria at the John F Kennedy International Airport in New York based on criminal complaint.

He was subsequently charged with defrauding Washington State Employment Security Department of over $350,000.

The US Department of Justice, District of Washington had said Rufai used the pseudonym Sandy Tang and the stolen identities of more than 100 Washington residents to file fraudulent claims with Employment Security Department for unemployment benefits last year during the COVID-19 pandemic.

The criminal complaint also said Rufai mailed some of the proceeds of his fraud to the Jamaica and New York addresses of his relatives with more than $288,000 deposits between March and August 2020.

The Federal Magistrates’ in New York, USA, had earlier rejected the bail application because the suspect’s brother, Alaba Rufai, who is listed in the court records, told the court that he could not afford the $300,000 surety bond for his bail.

But another surety, Nekpen Soyemi, a registered nurse, told the court that she would guarantee the $300,000 bond and allow Rufai to stay at her home.

The Magistrate Judge, Reyes, delayed the release of Mr. Rufai until May 25 to give enough time to federal prosecutors to appeal the order.

The Acting U.S. Attorney, Ms Gorma, said in her letter to the court that Ms Soyemi is a suspected fraudster and should not be allowed to stand surety for Rufai.

“First, the FBI has conducted research into the Surety and has learned information indicating that the Surety is not an appropriate person to perform that role

“In 2015, the Surety’s bank (Bank of America) issued a report naming the Surety as a suspect in an investigation into an email impersonation scheme.

“According to the bank’s report, a person purporting to be a donor deposited $134,000 into the bank account of a legitimate nonprofit. The “donor” (who was never identified) then contacted the non-profit and stated that some of the deposited funds were intended for a different recipient.

“The donor asked the non-profit to wire the excess funds to three different accounts, one of which was a Bank of America account in the Surety’s name. The report indicates that the Surety then made cash withdrawals of the proceeds at two different B of A locations. The Surety did not respond to inquiries from Bank of America.

“Second, FBI’s research was unable to confirm that the Surety owns the listed real property. Mortgage and deed records for the property indicate that it was last purchased by an individual with the initials L.S.G. on November 7, 2014.”