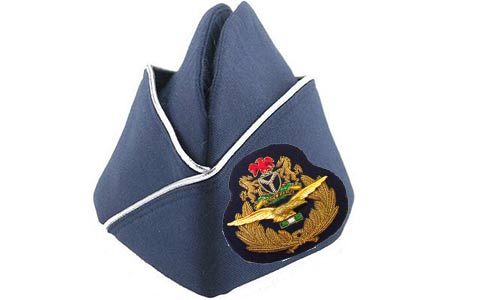 The Lagos Division of the Court of Appeal has dismissed the appeal filed by former military chief, Air Vice Marshall, Jacob Adigun, challenging the final forfeiture by a Federal High Court in Lagos, of the aggregate sum of N2, 536,328,978 billion discovered in his account; that of a firm linked to him, Solomon Enterprises and former Chief of Air Staff, Air Marshal Adesola Amosu, by the Economic and Financial Crimes Commission (EFCC).

The court upheld the lower court’s decision on the matter and declared that the appellant failed to prove that the monies were not proceeds of unlawful activities.

The EFCC had filed an action against the appellant at the Federal High Court in Lagos, under Section 17 of the Advanced Fee Fraud and Other Fraud Related Offences (AFFRO) Act 2006, praying the court to order the final forfeiture of the funds to the federal government for being proceeds of crime.

The EFCC premised the application on reasonable suspicion that the monies sought to be attached were proceeds from an unlawful activity diverted from the federal government.

The application was supported by a 12-paragraph affidavit and some exhibits.

The appellant and the 2nd respondent in the appeal, Air Marshal Amosu, filed a counter affidavit to the motion and also a motion on notice, seeking to set aside or discharge the interim order as well as affidavit to show cause and further affidavits.

But Justice C.M.A Olatoregun after taking the applications and the arguments of counsel in the suit, delivered a judgment on January 16, 2019 and ordered the final forfeiture of the monies to the federal government.

Dissatisfied with the decision, the appellant filed four grounds of appeal challenging the judgment.

Part of his argument was that he is undergoing criminal trial in respect of the same monies.

The appellant asked the court to determine whether an action for forfeiture of assets under section 17 of the Advance Fee Fraud and Other Related Offences Act can lie against res, which is the subject matter of an ongoing suit and whose owners are undergoing criminal trial over the same thereby rendering the final order of forfeiture justifiable in the face of the criminal proceedings presently pending before Justice C. Aneke of the Federal High Court?

The appellant also argued that the monies were proceeds of lawful activities.

In a unanimous decision by a three-man appeal panel, Justice Ebiowei Tobi, in lead judgment, stated that the amount under which the appellant is standing criminal trial is not the same amount, which the forfeiture order covers.

“What therefore is the implication of this? It does not seem good for the appellant since what is in evidence in the criminal case has nothing to do with the sums of monies, which are the subject of the forfeiture.