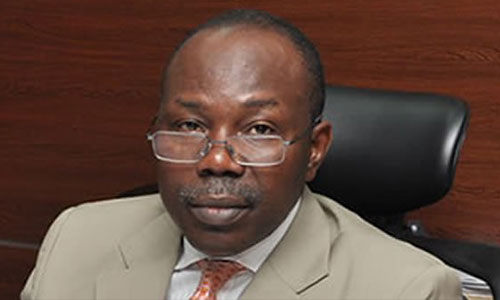 Former National Legal Adviser of the ruling All Progressives Congress (APC) Muiz Banire on Sunday faulted the party for proceeding with Saturday’s ward congresses across the nation.

The exercise, he said, maybe nullified by the court because of the hanging legality burden on the National Caretaker Committee headed by Yobe Governor Mai Mala Buni.

Speaking in an interview on Channels Television ‘Sunday Politics monitored, Banire said the Buni-led committee should have restrained from conducting the congresses when the Supreme Court ruling on the Ondo governorship election was not yet clear.

He said if indeed the Supreme Court ruled that Governor Buni’s position as APC caretaker committee chairman is illegal and he shouldn’t have signed Governor Rotimi Akeredolu’s forms, then any action was taken by the committee and the ones that will be taken in the future will be considered illegal.

According to him: “Nobody has seen the full judgment of the Supreme Court, the expectation is that by tomorrow, the certified true copy will be released for people to digest and now be able to make informed decision and opinion. In such circumstances, why will they be proved with the congress?”

“Why are they in a hurry to do something which eventually might end up being calamitous? If eventually, it is the truth that the Supreme Court came to the conclusion unanimously for that matter that Governor Buni ought not to have signed any of the nomination papers of Governor Akeredolu, the same thing will apply to the congress they are doing”.

“This is because the letter of notification to INEC was equally signed by Governor Mai Mala Buni. If the foundation is lacking, certainly they can’t build anything on it. At the end of the day, the whole exercise will be a nullity. It is a complete waste of everybody’s time”.

He added: “For me, the least I can say is that the exercise is just simply reckless. I do not want to use the word irresponsible. Even without necessarily looking at the Supreme Court judgment, I will say that as of today, if you go by Article 17(iv) of the APC constitution, it is very explicit.

“There is no way the Caretaker Committee can do anything that will not amount to a nullity. Every step they have taken so far, the ones they are taking right now and the ones they will still be taking is ultimately likely going to be a nullity.

“Why do you want to go in that direction? So, for me, I have predicted it. I hope I will be disappointed that certainly internal implosion of the party seems to be inevitable imminently”.