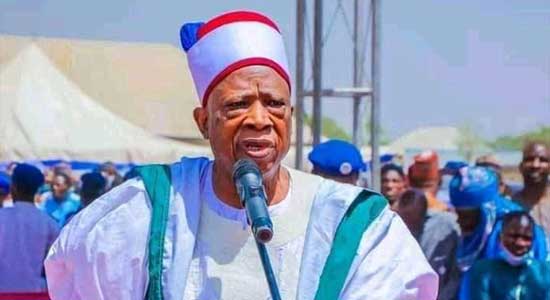 The National Chairman of the All Progressives Congress (APC), Senator Abdullahi Adamu has expressed strong reservations over the deployment of modern technology in the next general elections.

The former Nasarawa State governor expressed his reservations on Wednesday when he received a delegation of the Commonwealth Pre-Election team at the ruling party national secretariat in Abuja. The team was led by Ms. Abiola Sunmonu, Adviser and Head of African Section, Political Team of the Observer Group.

A checks revealed that BVAS is a technological device used to identify and accredit voters’ fingerprints and facial recognition before voting. The device is also used for capturing images of the polling unit result sheet (Form EC8A) and uploading the image of the result sheet online. IReV on the other hand is an online portal where polling unit-level results are uploaded directly from the polling unit, transmitted, and published for the public. At the front end of the online portal, members of the public can create personal accounts with which they can gain access to all uploaded results stored as PDF files.

The IReV was first introduced in 2020 by the INEC when a bye-election was conducted in Nasarawa State. The BVAS had since been used in the Ekiti and Osun States governorship elections, with the electoral umpire and stakeholders in the electoral process describing it as success story. Both technologies had since been given legal backing in the Electoral Act amendment bill assented into law by President Muhammadu Buhari.

The National Assembly had in November last year, passed into law the Electoral Act Amendment Bill.

Under the new amendment of Clause 52 (2) of the Electoral Act Amendment Bill, both chambers resolved that “voting at an election and transmission of results under this Bill shall be in accordance with the procedure determined by the Commission, which may include electronic voting.”

Further investigations revealed that certain opposition political parties had recently raised the alarm that the INEC National Chairman was under intense pressure from certain forces to jettison BVAS and IReV ahead next general elections.

Addressing the Commonwealth team, the APC Chairman said the federal government was yet to give Nigerians stable electricity and it would be a gamble to allow electronic transmission of results. He said:” First, I was privileged to serve as a senator …. our concern is how ready are we to deploy some of these technologies as regards transmission because we are taking a major step in transmitting election results in real-time.

“To transmit results, every part of the nation Nigeria I’m not sure that the network covers it, I know that even in parts of Abuja there is no network and we have from now till February when in substantial parts of the country there is no electricity. INEC must assure us 100 percent that as of when due in transmitting results, they are ready because they spoke about recharging batteries but we had in previous elections when it says it can’t recharge.”

National Organising Secretary of the APC, Ambassador Suleiman Argungu, also claimed that electronic transmission would not work in his home state of Kebbi.

“As a rider to what the national chairman just said about INEC transmitting results directly during the coming election, apart from the issue of electricity that is unstable, a lot of the villages and communities bordering other countries for instance my state Kebbi that is bordering two nations during the previous elections the network of Nigeria for all the networks, Glo, MTN, Airtel you can’t get them. If you want to get them you have to use the number of the other countries to reach them. So, during election, I don’t see how the transmission of results will work. I see it coming.”

The INEC Chairman at a separate session with the Commonwealth team however restated his vow not to go back on the use of BVAS and IReV.

Professor Mahmood Yakubu who assured the team that his Commission would not disappoint Nigerians and the international community in promoting the integrity of the electoral process said the forthcoming general elections would be the best ever conducted in the country.

He said:” We will continue to use modern technology to promote the integrity of the process. We won’t fail Nigerians, we won’t fail the international community. We won’t undermine ourselves, this technology has come to stay. We want to assure you that 2023 will be the best ever. ”

In her remarks, Ms.Sunmonu said her team was on a pre-election assessment mission to Nigeria.

” To look at the political landscape, to understand the scope in terms of preparations ahead of the election.

Nigeria is an essential country in the Commonwealth and strategic in Africa. We are very much interested in what goes on in Nigeria. We want to know the preparations ahead of the election. We want to hear from INEC and the political parties.”