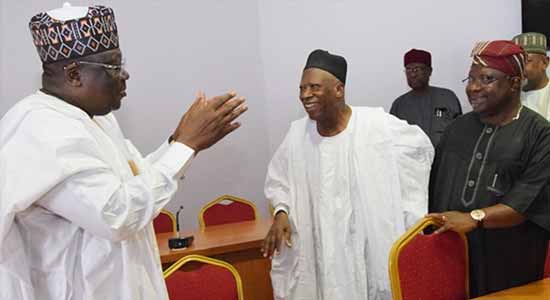 The ruling All Progressives Congress (APC) yesterday moved swiftly to avert a likely slide into the minority in the Senate.

Eighteen more senators elected on the platform of the party are believed to be heading out to join opposition political parties.

Should this happen, the APC would lose its majority status.

Already, the party has lost seven senators to the Peoples Democratic Party (PDP) and the New Nigeria Peoples Party (NNPP).

Adamu pleaded with the senators, many of who are displeased with the outcome of the primaries, to have a rethink and allow the party to address their grievances.

It was learnt that some governors were persuading the senators to shelve their planned defection.

The APC has 62 senators; PDP, 39; NNPP, three; Young Progressives Party (YPP), two; Labour Party (LP), one and and the All Progressives Grand Alliance, one.

Both Senators Adamu and Kyari, who resigned after their election into party offices, have not been replaced.

It was gathered that the affected senators, some of who lost return tickets, have got juicy offers from the PDP.

Sources at the session between party leaders and the APC senate caucus said the senators highlighted their grievances as follows:

*Alteration of delegates lists by governors.

*Conduct of primaries in defiance of APC and INEC guidelines.

*Party’s disrespect for a gentleman agreement with the Senate and House of Representatives caucuses to concede slots to Senators with robust experience.

*Preference for moneybags and defectors.

A source at the meeting said: “The Senators were led to the session by President of the Senate Ahmad Lawan.

“The discussion bordered on the increasing depletion of the APC Senate Caucus and plans by 18 more Senators to defect to opposition parties, especially the PDP.

“The party leadership was not comfortable that APC might end up losing its majority.

“The way we are going, the coalition of opposition parties may end up controlling the leadership of the Senate.

“We have 18 Senators on standby to move to other parties to prove a point during the 2023 general election.”

Another senator, who spoke in confidence, said: “It was apparent to APC national chairman that senators were not happy and they were not ready to change their minds.

“In fact, the party leadership went on to consider options to assuage the aggrieved senators with offers including substituting some already elected senatorial candidates, among others.”

Lawan said it was “not in the interest of APC to lose its quality lawmakers in the National Assembly”.

He begged the APC senators to allow the party to look into their complaints.

The APC national chairman said he was not in the office when delegates were elected.

But he assured that the party would “look at immediate and long term solutions to the issues raised by the Senators, including some defective primaries”.

He reminded the senators that the tickets for elective offices belong to the party.

Another senator added: “Some governors are already inviting Senators for talks on the way out of the challenges at hand.”

Adamu described the defection of senators as both unfortunate and worrisome.

He told reporters that the meeting with the senators was fruitful.

Adamu said: “It is an unfortunate development when it happens but this is a season for all manner of behaviour in the political space in the country and Nigeria is not an exception.

“In every election year, this kind of thing gives cause for stakeholders to sneeze and Nigeria is not an exception. So is the APC.

“I don’t care about what is happening in other parties, my focus is on the APC.

“But we all know that the occurrence is not only happening in the APC; it’s happening across other political parties too. And because we are the ruling party, our problems are exaggerated before the public.

“There is no responsible leader that would not be worried when he loses one member not to talk of two. At the moment we are faced with the stark reality of our problems.

“My colleagues and I at the National Working Committee of the APC are committed to facing the problem squarely. We see the problem as solvable.

“We are in politics. I don’t know what would happen tomorrow, and nobody does.”

On how to stem injustice against the defectors, Adamu said: “You have no guarantee. We are in politics for God’s sake.

“I don’t know what will happen tomorrow. How can I foresee tomorrow? I am not the person who saw tomorrow.”