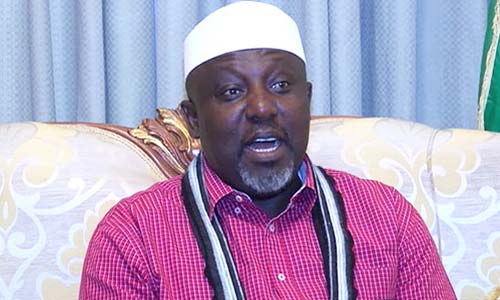 It said the purported letter of suspension addressed to Okorocha was forged.

Many media organisations had reported Okorocha was suspended by the APC for alleged anti-party activities on Tuesday.

But reacting to the development, APC Secretary, Senator Akpanudoehede, said the letter was fake.

“The letter is fake. It is not from us (APC). My signature was forged. The signature on that letter is copy and paste,” Akpanuduoehede confirmed.

The purported two-page letter with reference number APC/NHDQ/SP/19/022/41 dated 12th July, 2021 was titled: “Re: Notification of your suspension from the All Progressives Congress (APC) for gross anti-party.”

A statement by Ararume Destiny Group in a on Tuesday night said the report was untrue.

It said reports that Senators Araraume and Rochas Okorocha had defected to PDP because of the face-off between them and Imo Governor, Senator Hope Uzodinma were mischievous.

The statement signed by Hon. Stanley Nzekwe, maintained those behind Araraume’s defection rumour are political enemies threatened by his weight and influence in Imo politics.

The group vowed that Araraume would never leave APC because “he is one of the pioneer members and builders of the party in Imo State”,