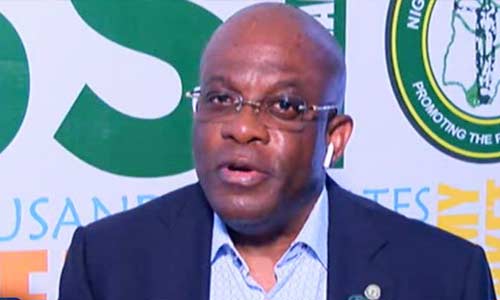 President of the Nigerian Bar Association (NBA), Paul Usoro, has said that the Federal Government sometimes uses the anti-corruption fight as an excuse to degrade the Rule of Law.

According to him, if the government is indeed serious about fighting corruption, it would directly block the loopholes that have allowed the menace to thrive.

Mr Usoro who was a guest on Channels TV’s Politics Today on Wednesday, said this while addressing the issue of Separation of Powers and the independence of the various arms of government.

He said: “This business of having to fight corruption…sometimes, it is used as an excuse to infringe on people’s rights and degrade the Rule of Law.

“If the government is seriously interested in having to fight corruption, the significant way to do it is to look at those loopholes in the system and make sure you plug those loopholes”.

The NBA boss also took a swipe at the Economic and Financial Crimes Commission (EFCC) for the manner in which he says the agency goes about fighting corruption.

According to him, recovering monies or winning cases does not bring an end to corruption.

“I find it very ridiculous that for example (the EFCC), its index for establishing that it is fighting corruption is how much money that it recovers and how many cases that it wins in court.

“On the other hand, if for example you find that petroleum subsidy enhances corruption, then government needs to look into it.

“If you look into it, then you will block that oxygen that gives life to corruption,” he said.