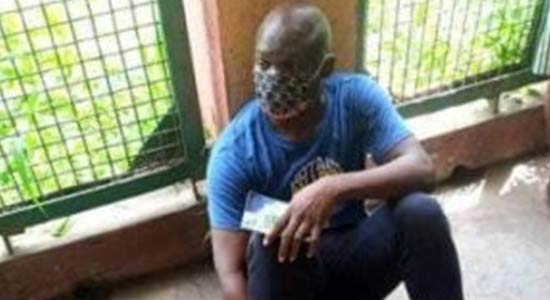 The special offences courts unit of the Lagos state high court has admitted footage of closed-circuit television (CCTV) submitted by Comedian Princess as evidence against Baba Ijesha, the embattled actor.

The 48-year-old film star was arrested and detained by the Lagos police after he was alleged to have sexually molested a 14-year-old girl, who is a foster child to Princess.

Baba Ijesha is being tried on a six-count charge which includes sexual assault by penetration, indecent treatment of a child, and sexual assault.

On Monday, Olayinka Adeyemi, the state director of public prosecution (DPP), presented three witnesses — including Princess — against the actor as the trial began.

Adeyemi also tendered a CD copy of the CCTV footage before the court as evidence in the case after Princess gave an account of what transpired.

But Babatunde Ogala, counsel to Baba Ijesha, opposed the gesture, arguing that the CCTV footage was not “primary evidence.”

In her ruling, Oluwatoyin Taiwo, the judge, held that the footage can be admitted in the case, adding that the witness and prosecution had laid enough foundation for its admission.

“She (Princess) has laid enough foundation, so it’s admissible. The witness has given enough information on it so I’ll allow it,” the judge ruled.

The court sent reporters out before playing the video clip which was said to have captured Baba Ijesha while allegedly molesting a 14-year-old girl in the care of Princess.

Baba Ijesha, actress Iyabo Ojo, amongst others were in court as Princess told the judge how she met Baba Ijesha and how the actor allegedly sexually assaulted the minor.

According to Princess, she met Baba Ijesha in 2008 at an event and the two decided to start making comedy skits together.

The comedienne also claimed Ijesha wooed her in the process of their work relationship but she rejected his proposal.

Princess said she got close to the actor afterwards, especially after her marriage crashed around 2013.

The comedienne claimed she invested in Baba Ijesha’s education and the actor visited her at home thereafter.

She claimed the actor had visited her at her residence on the day he was caught allegedly sexually assaulting her foster daughter.

Baba Ijesha was yet to speak when the case was adjourned and slated to resume tomorrow after examination of the primary evidence. He was represented by Babatunde Ogala SAN, amongst others, while the prosecutor, the Lagos State Government, was represented by Olayinka Adeyemi.