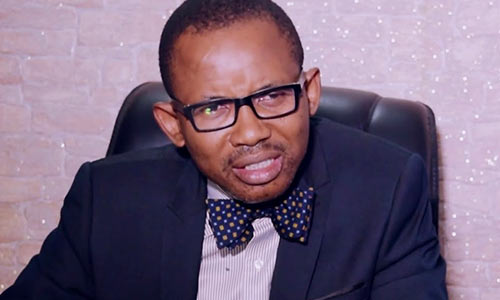 Former National Secretary of Labour Party, Dr. Kayode Ajulo has called for the sack of Labour and Employment Minister, Dr. Chris Ngige for alleged humiliation of labour leaders and causing a national embarrassment which put Nigeria in bad light.

This is as Ngige on Friday visited the National Hospital Abuja to sympathise with those that allegedly sustained injuries during picketing by organised labour at his private residence in Asokoro, Abuja.

This is as the Chief Medical Director, CMD, of the hospital has debunked the report that two of the union members allegedly attacked by thugs at the minister’s residence were admitted at the intensive care unit, saying that nobody was admitted at the unit. A planned protest session by members of the Nigeria Labour Congress (NLC) against Ngige for failure to inaugurate the board of National Social Insurance Trust Fund (NSITF) with Comrade (Chief) Frank Kokori as the Chairman turned into a fracas, as armed thugs allegedly sponsored by the minister disrupted the protest.

The defenceless workers were shot at, while some of them who sustained injuries were taken to the National Hospital in Abuja for treatment.

Ajulo said, “It is not new anywhere in the world that workers are known for picketing, which is a form of protest in which they congregate to draw public attention to a cause. From all indications, the Abuja protesters were non-violent, with the sole aim to put pressure on the minister to make Chief Kokori as the NSITF Chairman and in this instance, no law was violated.”

“With my practice in law for almost two decades I can conveniently say that Nigeria and her people are governed by laws one of which does not condone assault or banditry.

It is worrisome to see a former governor of a State, former Senator and a serving Federal Minister to influence some youths to cause bodily harm on some high profile protesters like the President of NLC, Comrade Ayuba Wabba, President of NUPENG, Comrade Williams Akporeha, others, who are guided by law.”

The Abuja-based lawyer and rights activist described the incident as utterly barbaric, callous and inhuman; where maximum force and live bullets were used on workers. Meanwhile workers went with bare hands.

Calling on the Inspector General of Police to immediately investigate the supposed act of the Minister of Labour and Employment against a civil population, Ajulo also urged President Muhammadu Buhari to relieve Ngige of his job as a Minister for desecrating the good image of his government through this unfortunate conduct.

Ajulo urged the affected workers especially NUPENG to embark on nationwide industrial action in order to in order to avert repeat of such action in future. He said if they allow this open assault to pass and lead to a situation where the labour movement will no longer have rights to protect their interest or call the government to order when necessary.

Describing Chief Kokori as a man that parades sterling credentials, Ajulo said Kokori should be remembered and celebrated at a time like this because of his role in the struggle for democracy that we all enjoy today, which made the International Labour Organisation (ILO), Amnesty International (AI) and labour federations across the globe declare him prisoner of conscience between August 1994 and June 1998.

He recalled that Kokori was in solitary confinement for four consecutive years in the infamous Bama Prison. “He was just dumped there with no charges preferred against him by the regime of Gen. Sani Abacha.”

At the national Hospital, the Chief Medical Director, CMD, debunked the report that two of the union members allegedly attacked by thugs at the Minister’s residence were admitted at the intensive care unit, saying that nobody was admitted at the unit.

Speaking to journalists at the Trauma Center of the hospital, the Minister said, “We finished a function in the Villa now. Because I heard in the media that some members of the NLC who came to an early morning picketing in my house were manhandled and injured and I saw photographs of people who were said to be on admission and even somebody on life support.

“So I felt that it was incumbent on me to come over here and sympathise with those people and know progress they are making in terms of their well-being, that’s why I am here. But my first pot of call was to meet with the Chief Medical Director who now accompanied me to see them. “I met the Chief Medical Director he said he wanted to get his records straight from the Trauma Centre. That’s what brought us here.”

The CMD, Dr. Momoh said that one persons were attended to and seven were discharged while two were kept overnight, adding that the two left within 24 hours they were brought to the hospital.

According to him,” On the morning of 8th May at about 10:50am which is this last Wednesday, nine people were brought here by group of other people who told us the medical team on ground that they had been assaulted.

“Nine of them were seen by our medical team and attended to including doing chaste x-ray and some other investigations that were necessary. Seven of them did not require any further treatment or need for administration, two were admitted overnight and discharged the following morning home,” he said.