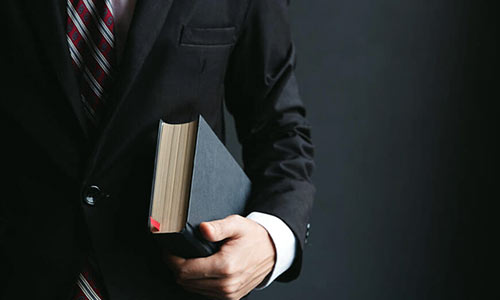 The two students of the Nigerian Law School abducted by gunmen sometime last week around in Enugu have been set free by their captors.

According to a report by The Frontier, the two students identified as Festus Pedro and Chuks were welcomed back to the NLS Enugu Campus, Agbani, amidst wild jubilations from their co-students.

It was not immediately known if any ransom was paid to secure their release from captivity.

A source at the campus responding to their release said: “We (students) are overjoyed over the release of our two colleagues. They just entered the school campus about 50 minutes ago. We are just too happy for their freedom. We’ve been praying for them since the day they were kidnapped. Our final examination is starting on Saturday, next tomorrow, and the entire school have been crying to God to perform a miracle so these students can be released early enough to join in the exams. We are very grateful to God for answered prayers.”

It would be recalled that two students of Nigerian Law School, Enugu campus were kidnapped Wednesday night, August 17, 2022 when the students left the campus to buy some food at about 8pm.

According to a source when the car which conveyed four students arrived at the food vendor’s shop, the four students contributed money and gave to one of them to go and buy the food for all of them, leaving two boys and a girl waiting inside the car.

It was at that point two gun trotting men approached the car.

“The gunmen ordered the female student to lie face down and surrender her phone. She obeyed their instructions. The other two students, male, were then taken away by the kidnappers,” our source had narrated.

Names of the two abducted students were given as Festus Pedro and Chuks (popularly called so by his colleagues). One of them purportedly graduated from Ebonyi State University (EBSU).

According to the source, only the male student who went out to buy the food and the female student in the car narrowly escaped from being kidnapped.

According to the Deputy Director-General of the Enugu Campus who who addressed the students the next day, the kidnappers were demanding N50 million as ransom payment before the abducted students can be released.

As at the time of filing this report, the Police Public Relations Officer, Enugu State Command, Daniel Ndukwe, a Deputy Superintendent of Police (DSP) was yet to confirm the release of the two students this morning and the ransom paid, if any, as his line was not reachable.