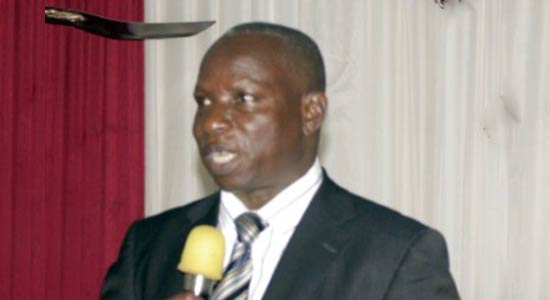 The immediate past Chief Justice of the Gambia, Justice Emmanuel Fagbenle has declared that the extradition of the former Head of Intelligence Response Team, Abba Kyari and a Yoruba Nation Activist, Chief Sunday Adeyemo a.k.a Sunday Igboho would not be automatic.

Fagbenle said this during an interview with newsmen after delivering a Public Lecture to mark the Law Week of the students of Achievers University Owo, Ondo State.

According to him the extradition of Kyari and lgboho ” ls subject to the proper judicial process. it is the court pronouncement that could hand them over for extradition, without which their extradition could not be possible.

The legal luminary pointed out that extradition has a judicial process between two countries that have treaties.

Therefore, according to him ” Kyari and Igboho would not be extradited as being expected by some people without the completion of judicial procedure in the countries where they currently are.

” We are the product of the common law and the common law justice delivery system. I know that among the countries, there are extradition treaties, which means the judicial process is involved.

” If anybody in another country does anything for which another country seeks that he should come to be tried, the first thing to be done is to set the extradition process in motion.

“That is how it is done. The same thing happens to Sunday Igboho in the Benin Republic. There is no amount of indictment that exists, until you pass through that process and the court has verified that you are a subject of extradition, nobody can extradiction you. That is the protection you have.”

Speaking on the independence of the judiciary, Fagbenle said that to maintain credibility in the judiciary, a cooling-off period should be imposed, and completed before appointing retired judicial officers to any public office to make sure that there are no insinuations of hidden political or executive involvements in judicial decision-making processes.

“We are Nigerians and we live in Nigeria, there are checks and balances among the three arms of government to mutually respect one another and if any of them is going on excesses the others will check it.

“Like the judiciary should be a check on the other two but the judiciary itself must be in the way it goes about its duties and responsibilities so that there will not be an abuse of power or office and unaccountable delivery of justice.

“The role of an independent judiciary is critical in democratic process and governance.

“Without independence of the Judiciary, there can be no proper protection of individual rights, minority rights, and the rule of law.

” The practice of separation of powers in which the three organs of government complement each other through proper checks and balances on the excesses of each other is only realizable where there is an independent judiciary.

“Disobedience to court orders should not be allowed because it can subvert judicial powers and undermine democracy.

“Courts as the last line of defence must continue to act boldly to protect the constitution and the people. The judicial structure required to protect the rights of the individuals should be reinforced.

“The Constitution should state clearly that the state shall separate the judiciary from the executive. The Judiciary should work as an independent body and not through the channels of government.