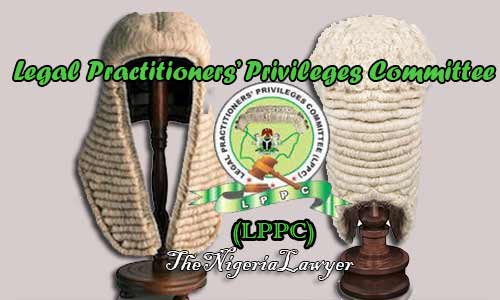 *Says The Name Was Included In Error

The Legal Practitioners’ Privileges Committee (LPPC) said on Friday that the list of Senior Advocates of Nigeria (SANs) appointees released on Thursday contained an error.

The LPPC Secretary and acting Chief Registrar of the Supreme Court, Hajjo Sarki Bello, in a statement made available to TheNigerialawyer said a name on the list was not properly identified.

Bello said while the actual appointee is “Osaka, Benjamin Nwora Esq”, he was wrongly identified in the list of Thursday as “Nworka Chidi Benjamin Esq,” and listed as number 43 on the list.

Part of the statement reads: “In the press release issued by this office yesterday, 21st October 2021 announcing the list of successful applicants for the rank of Senior Advocate of Nigeria, Nworka, Chidi Benjamin, Esq, listed as No 43 was mistakenly included in the list of advocate appointees.

“The actual successful applicant that ought to be in the said list is Osaka, Benjamin Nwora, Esq.

“The mix-up is highly regretted and we apologise to all persons affected by it,” it said.

The LPPC said it has since come up with a revised list in which the appointees are now listed in order of seniority, with Osaka Benjamin Nwora now listed as number 21. 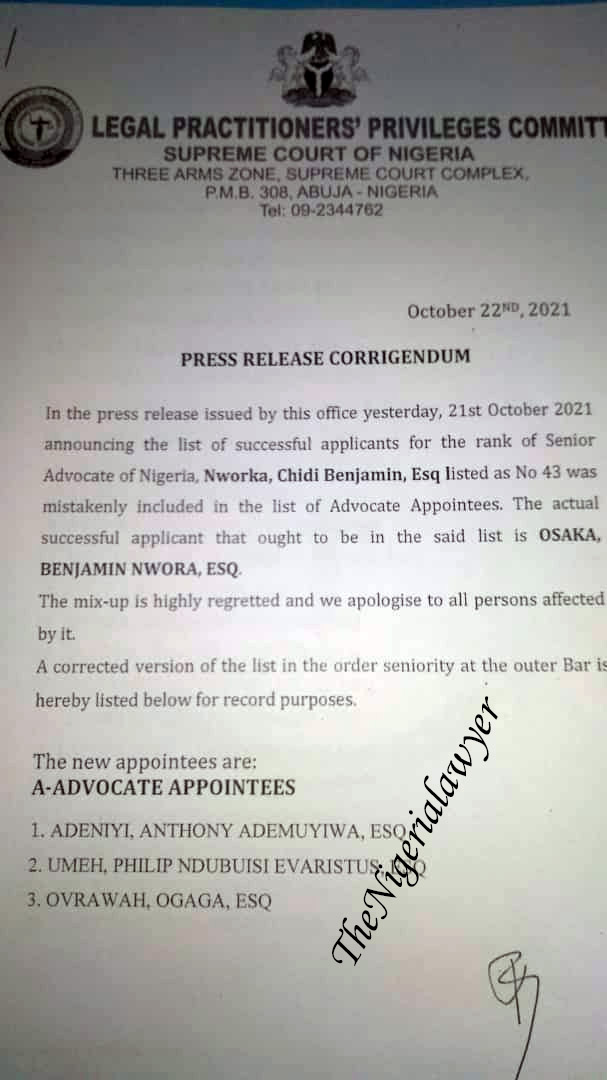 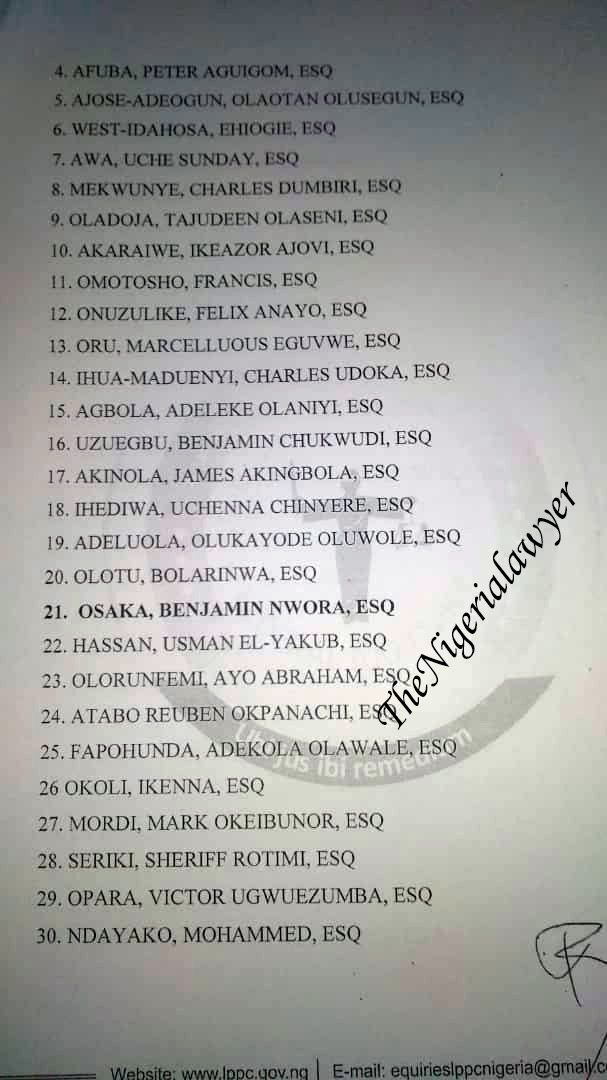 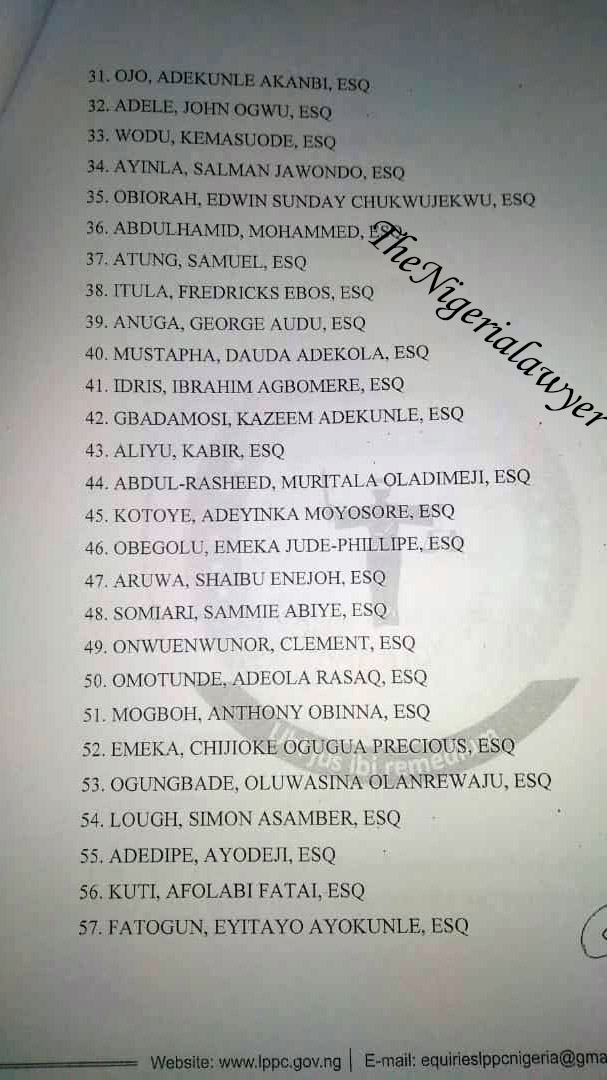 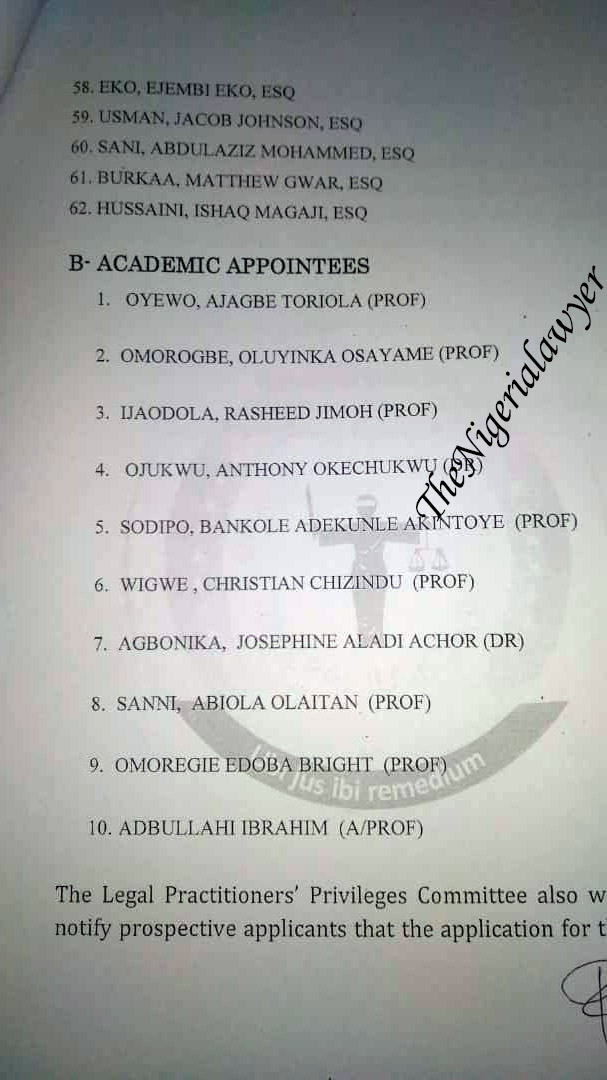 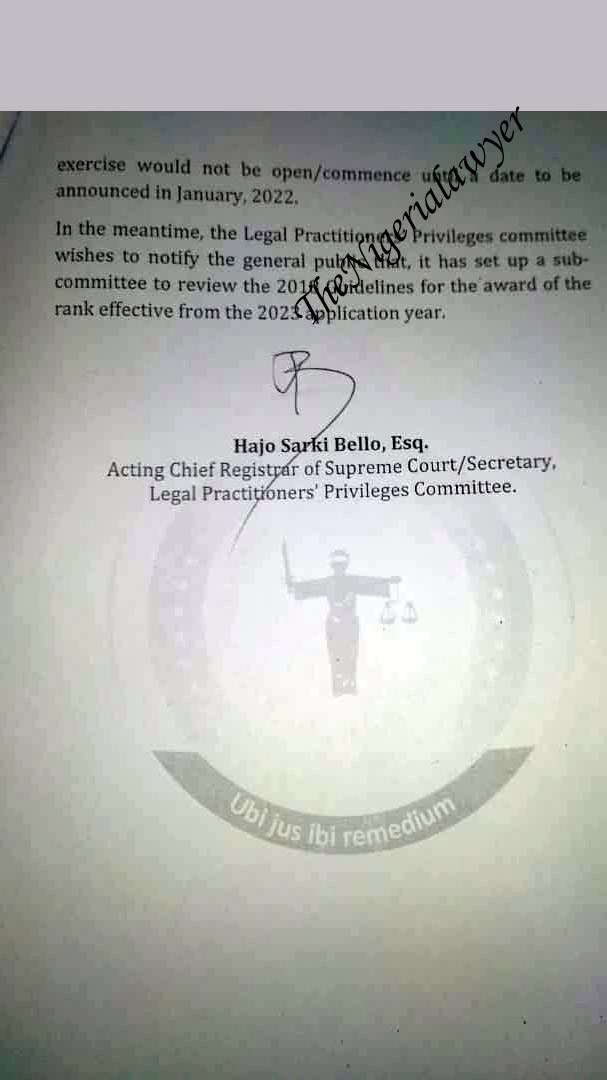