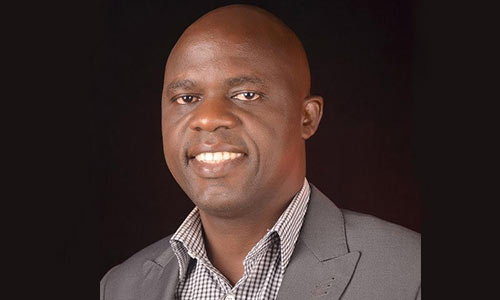 Some Nigerians say – please, this lady is gone; let her rest in peace and stop asking unnecessary questions.

But many other Nigerians are saying – no! We need to ask questions and put Nigeria Air Force, NAF, to task so that this kind of unfortunate incident doesn’t happen again.

I subscribe to the latter. Human life is sacred and shouldn’t be lost or taken without consequences. Many days of protest and condemnations followed George Floyd’s murder in the US. We shouldn’t do any less especially when we have reasons to suspect foul play in a citizen’s death.

Ebun-Olu Adegboruwa, SAN and Ayo Turton (a Nigerian lawyer based in the US) are among Nigerians who have asked and still continue to ask relevant, useful, and brilliant questions on her death.

As a former state prosecutor and now a defence counsel, my experience and knowledge of criminal law and matters keep nudging me to add my voice as I read others’ writings and questions.

Now, I pose the questions below and offer answers (?) to them.

Q.1. Who is Nehemiah Adejoh?

Ans.: Nehemiah Adejoh is the person who reversed the car that allegedly killed Flying Officer Tolulope Arotile on 14/07/2020 at the NAF Base, Kaduna.

My findings on Nehemiah Adejoh’s Facebook account show that – this guy finished from the Air Force Secondary School, Kaduna in 2012, while Tolulope was there between 2006 and 2011. So, Tolu and Nehemiah were most likely former school mates.

Ans.: NAF said there were two other persons with Nehemiah Adejoh in the car that day and they were Misters Igbeleke Folorunsho and Festus Gbayegun. They were also Tolu’s former secondary school mates but my searches online didn’t yield any lead on the duo. Were they fictitious or real? I don’t know.

They may likely be on Facebook without using the names supplied to NAF and if that is the case, it will naturally be difficult locating them on Facebook or any other social media platform.

Ans.: No, there are no apparent contradictions except that the Press Release of 19/07/2020 is more elaborate than the one of 15/07/2020 and it provides answers to some of the questions that the first release generated.

Ans.: I don’t know but I have read many places online that the number plate of the vehicle driven by Nehemiah which was given as AZ 478 MKA was not found to exist through searches that some persons have conducted online. I have also searched for it on the website of the Federal Road Safety Corps and the result I got was “invalid number plate”.

In contrast, NAF said she was called by her colleague, Flying Officer Perry Karimo around 10.55am and that it was Tolu who called Squadron Leader Diepiriye Batubo, her superior, around 10.58am. So, a superior officer never called her, according to NAF.

Who is wrong and who is correct?

NAF said the interval between the time of calls and the incident was over 5 hours.

Ans.: NAF has not said there was any but their second Press Release is a preliminary report of investigation, anyway. We expect that they must have got a lot of information from eye witnesses and others and all these should be in the case file.

Ans.: They must have interviewed the three guys found in the car and must have got independent information from some other persons, possibly including eyewitnesses.

“The death of Flying Officer Tolulope Arotile was caused by blunt force trauma to the head and significant bleeding resulting from being struck by the vehicle.”

How did NAF arrive at this conclusion?

Is this conclusion not too far-reaching when no post-mortem examination was mentioned to have been carried out? However, it should be said that, in Law, cause of death may be established without medical evidence, that is, without post-mortem examination but where cause of death is surrounded with controversies like this one including the calls of her family members asking for thorough investigation, it is expedient and legal for NAF to conduct a post-mortem.

If NAF had stopped by simply saying, for instance “she died as a result of the injuries she suffered from the car that hit her”, NAF would have been justified to say so but talking about force trauma and bleeding, we need an expert who has performed an autopsy on her corpse to say so.

“It is with great sorrow that the Nigerian Air Force (NAF) regretfully announces the unfortunate demise of Flying Officer Tolulope Arotile, who died today, 14 July 2020, as a result of head injuries sustained from a road traffic accident at NAF Base Kaduna.”

Can the circumstances later narrated by NAF which led to Tolu’s death be described as “road traffic accident”?

She was a pedestrian and the vehicle didn’t have accident just like that but she was hit by the vehicle, while “reversing to greet her” and so, that’s not an accident. It rather suggests of reckless driving.

By calling it accident, NAF is already setting Nehemiah free because an act of accident is a legal defence to a criminal charge.

“Flying Officer Tolulope Arotile died on 14 July 2020, when she was inadvertently hit by the reversing vehicle of an excited former Air Force Secondary School classmate while trying to greet her.”

They used the word “inadvertently” which means “unintentionally”.

When a crime is committed, there must also be a guilty mind (mens rea) for an offender to be found guilty.

Why didn’t they allow the suspect to raise his own defence in court or they simply said “recklessly” or “dangerously” instead of “inadvertently” which was likely the case here? Even if he had claimed that it happened inadvertently, NAF ought to ascribe recklessness to his action, going by the picture painted of the circumstances in which the incident took place.

In essence, NAF has succeeded in building a lot of defences for Nehemiah in their Press Releases and set the stage for his likely acquittal.

Ans.: Yes, there is. In 2016, Lt. Col. Abu Ali, who contributed so much to the havoc inflicted on Boko Haram terrorists, was killed at the battlefield in a controversial circumstance.

Tolulope was also said by NAF to have contributed significantly to the war against terror. A suspicion that she might have been assassinated by a Boko Haram sympathizer, if not a real Boko Haramist, is, therefore, not misplaced.

Ans.: Their stories appear believable and credible on the surface but under thorough scrutiny, there are holes and likely mischief in their accounts.

Ans.: He may be charged with manslaughter and driving without a driver’s license.

However, he will find a lot of defences in the statements of NAF in addition to the defences that he may also raise because so far we have been hearing only from NAF. We have not heard from the guy and his friends.

Ans.: It’s not likely that the story line will change even with the involvement of the Police and the Police’s case at the point of prosecution will not be helped by all the exculpatory statements of NAF.

Ans.: Yes, killing a person while driving with a driver’s license is not a defence. He would still be culpable of manslaughter for killing a person in such circumstance. However, a road traffic accident which results in loss of lives will not ordinarily render a driver liable for a criminal charge, if the accident is not due to the driver’s negligence, recklessness or dangerous driving occasioned by drunkenness or not. Therefore, an accident which occurs due to no fault of a driver is not an offence even if life is lost.

Ans.: Some people have argued that it’s not possible to kill another person while reversing a car because reverse is not usually done with speed. But in life, nothing can really be totally ruled out.

It’s possible and even for a combatant like her to die, depending on how it happened at the scene of the incident which may not have been fully captured by written words and by persons who were not there when it happened.

Ans.: It is most unlikely that the Police will come out with investigation different from the one that NAF has already done. In fact, from the beginning, having known that the suspect (s) is not an Air Force officer, a civilian, he should have been handed over to the Police for proper investigation but having done what they did, the Nigeria Police will not change the narrative.