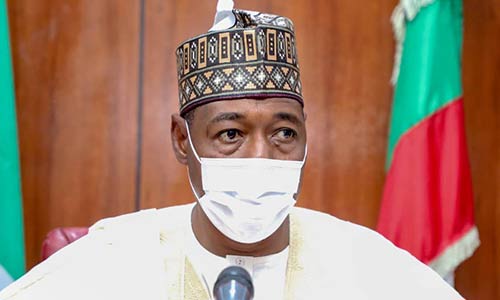 Babagana Zulum, Borno governor, announced the intervention on Tuesday while presenting the state’s 2022 budget at the house of assembly.

The CJTF is a vigilante outfit formed to support the Nigerian troops in the fight against Boko Haram insurgency.

Many fighters, hunters and vigilante groups of the CJTF died while fighting to restore security in the state.

According to Zulum, their children will be honoured as “Borno heroes”.

He said the state government will launch the Borno Heroes Support Programme in 2022, adding that the widows will also be supported with means of livelihood.

“Coming January 2022, an initiative titled ‘Borno Heroes Support Programme’ will be launched by Borno state government for the award of educational scholarship to 500 orphans and their widowed mothers left behind by members of the Civilian JTF, hunters and vigilantes who died during battles with Boko Haram and ISWAP,” he said.

“We plan to launch Borno Heroes Support Programme. This programme involves the setting up of a government team that will identify primary and secondary school-aged orphans of volunteers in the CJTF, hunters and volunteers who died during battles.

“Government will give these orphans scholarships to federal government colleges and International schools. The programme is to be in phases with a pilot phase of 500 orphans.

“Many of these civilian JTF fighters, hunters and vigilantes have lost their lives fighting for Borno’s peace, Insha’Allah, we plan to reward their priceless sacrifices by educating the children they left behind, and by supporting their widows through a programme we plan to launch in January.”