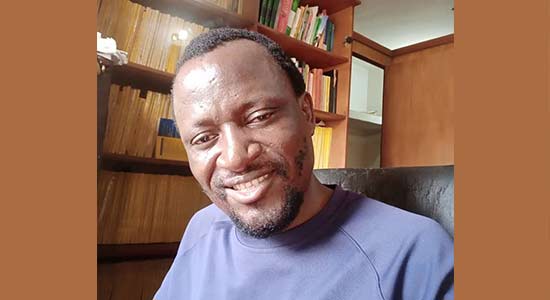 I do not believe that America can help us ooooo. History recorded instances where America pulled out her soldiers after many years of a frustrating and fruitless fight. I do not consider what is happening here as the regular type of crime and criminality ooooo. There, to me, is a conglomeration of issues that brought us to where we currently are oooo.

I think anger is at the front burner.

We can remember the killing of the boko haram leader – Mohammed Yusuf, I think that’s his name. Prior to his killing, the haramites were not this lethal. He died in a string of complexities where the Army would say what they did and the Police would narrate what they did not do. Those guys moved from a roadside shop into the heart of the market, probably for lack of “credible” justification for such killing. Na annoyance be that ooo.

Again, I read recently that the IPOB have declared war on Governor Hope Uzodinma of Imo State. He was said to have been fingered in the killing of ESN Commander who allegedly refused to switch over from ESN to Ebubeagu or whatever it is called. Annoyance don start be that ooo. And remember that a very large number of the Nigerian public believe that the Supreme Court was wrong in “declaring” him the Governor of Imo State. Annoyance.

Again, from JUSUN’s strike, many Nigerians have come to know what the judiciary workers are asking for – that state governors have continued to flagrantly disobey the Constitution of Nigeria by refusing to allow the Judiciary the financial autonomy granted her by the law. Some Nigerians believe it’s because they intend to “continue controlling” the judiciary against Constitutional provisions. People now make ascriptions to that attitude – to control judges and cow them into judgments favourable to them.

Did I read that the Senate (or Senate President (along with the erudite Prof. Wole Soyinka amongst others) is also asking Mr. Buhari to seek help? What help if I may ask? Do Senators have the moral justification to advise Buhari – a man far better than they are? How on Earth can they come to equity without doing equity. Equity cannot look at such filthy hands of theirs.

They should go back and look at their budget and official earnings. Even after Buhari’s 8 years as president, many of these Senators will remain richer than he will ever be rich. Their ostentation can always urge them on. Now, they have the effrontery to advise a “local” man who, though has his serious failings, is still more righteous than many Senator can ever be.

See Senators ooo. When insecurity was at the pre-nursery and nursery stages, they thought it was no big deal. Without much noise, insecurity has managed to round off his primary and secondary schools, graduated and is now at the M.Sc level, Senators are joining in the panic. They know that if they share the entire Police and Army amongst themselves, hope still no dey. How hope go dey when “hope’s” house was attacked even whilst he is still a sitting governor?

Look at electricity charges. Where I stay for instance, 5k can sometimes take us for five days if my people ensure that fans are used instead of A/Cs and also confine themselves to one refrigerator. A/C’s can now only be used whenever some extra cash is available. I’m being very honest here.

Let’s say nothing about fuel price hike. Anyone who can’t afford fuel should Park his car and use a public transportation system. Seriously? Didn’t people pay up to N400 from Nyanya to Wuse last week? A journey of between 10 to 15 minutes?

You go for a mudu of garri this week and buy at a price double of what you bought last week. What about roads to travel from one state to another and from one village to another? If the state governors tell you that these ones are Federal roads, what about the state roads?

Didn’t this Governor (name to be mentioned later) repair a federal road from the front of his village house to link a road constructed by his predecessor so that he can also connect the predecessor’s brand new road from the Airport to link the one he repaired to his hometown, leaving the other part that connects his subjects to their villages because it’s”Federal” road – a part far more important than the ancient landmarks.

Do you know what? One might have alleged discrimination if this Governor doesn’t come from the same District as these oppressed people. Was it not even rumoured that he “was made” governor so that he can “fix” his own part of the State? Bet me, he will eventually leave office and join his people’s Consultative Forum to lobby the subsequent administration’s to remember his area.

And each time they fixed a federal road, did they not run to the Villa for the President to reimburse them? Do you think that people are blind to all these? And now you think you can secure America’s help?. You can go enlist the support of Britain, Russia and China. A joker.

I do not think these powers will like to attack an unhappy people. They should advise Nigeria to solve her problems by putting her house in order. It’s not even difficult. You proscribe an “innoxious” group and patronise a “lethiferous” one. What a Nigeria? So, to me, it’s misleading to ask Buhari to ask for foreign help and the earlier we hit the sack with this truth, the better for us all including the advising Senate.