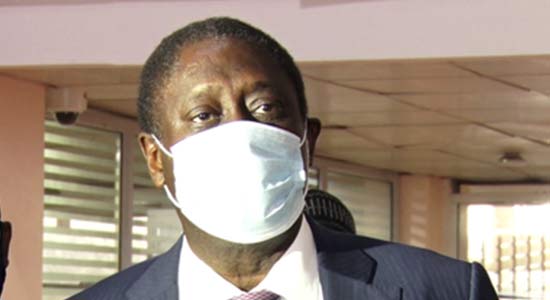 Dr. Bolanle Olawale Babalakin SAN, the Senior Partner at Babalakin & Co., and Chairman of The Bi-Courtney Group of companies said that judges have lost their sense of humour.

Wale Babalakin SAN who made this statement Thursday, during the book launch held at Civic Center, Lagos state, in honour of Justice Olabode Rhodes Vivour JSC(rtd), noted that heavy workload has made judges to lack humour lately and this has become burden to the judges.

The Learned Silk recounted an incident in court when he was still under the pupillage of the late Legal Luminary, Chief F.R.A Wiliams SAN.

He said that on a particular day, he was in court with the late Learned Silk and a lawyer cracked up the ribs of both lawyers and the judge while he was trying to convince the court over a matter he was involved with F.R.A Williams.

During the launch, he extolled the virtues of the retiring jurist and also mentioned the brilliance of His Lordship during his time at the bar especially as the Director of Public Prosecution, he claimed that his exit is a cause for reflection and he also decried the decline in legal practice these days.

He also mentioned that frivolous petitions by lawyers targeted against judges are not also helping matters.