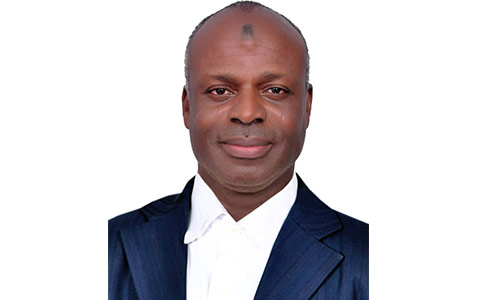 The recent conclusion by political parties of primary elections for the purpose of selecting candidates in next year’s general elections, is the signal for launching so-called ‘pre-election’ matters or litigation contemplated by the 1999 Constitution. Yes, the Constitution (vide Section 285(14) thereof) because, curiously, the Electoral Act, 2022 does not, in terms, refer to or define ‘pre-election’ matters; it only defines ‘election’ and ‘petition’ – in Section 152 thereof – as “any election held under this Act” and “an election petition under this Act”, respectively. Does this mean that the Electoral Act only applies to challenges to the results of a general election, or does the Act also apply to pre-election matters as defined in Section 285(14) of the Constitution, as aforesaid? That is the question.

This seeming ambiguity has, however, not deterred the Honourable Chief Judge of the Federal High Court from introducing the Federal High Court (Pre-Election) Practice Directions, 2022. Signed off on the 28th day of June, 2022 they took immediate effect, with their Preamble stating that they were made pursuant to Sections 254, 285(9), (10) and (14) of the 1999 Constitution (amended) as well as Sections 29(5) and 84(14) of the Electoral Act, 2022. That being the case, it is imperative to examine those constitutional and statutory provisions to determine whether they justify the enactment of the Directions, or whether there is anything in any law or the Constitution which (as I believe is the case) might rob the Hon. C J of the FHC (with the greatest respect) of the authority to enact them.

The Supposed Enablers of the Directions

As previously stated, the said Directions are supposedly anchored on the following provisions:

– 285(9): “Notwithstanding anything to the contrary in this Constitution, every pre-election matter shall be filed within 14 days from the date of the occurrence of the event, decision or action complained of in the suit”;

– 285(1): “A Court in every pre-election matter shall deliver its judgment in writing within 180 days from the date of filing of the Suit”;

It can be seen that, of all the foregoing provisions, only Section 254 of the Constitution is directly relevant in terms of enacting rules of practice and procedure by the CJ of the FHC. To the extent that Practice Directions are at par with rules of court and have the force of law (See ORAEKWE v CHUKWUKA (2010) LPELR – 9128), it is clear that the provisions of Section 254 of the Constitution should be read along with those of Section 44(1) of the Federal High Court Act. The latter provides that:

“The Chief Judge may, with the approval of the National Council of Ministers make rules of court for carrying this Act into effect”.

It goes without saying that the validity of any rule of court or Practice Direction enacted by the CJ of the FHC, depends on the approval thereto of the National Council of Ministers having first been had and obtained. Did the subject Directions secure this approval? That is the question.

However, assuming without conceding that the Directions enjoy that status, the more fundamental question, to my mind, is whether anything in the Constitution or the Electoral Act, 2022 impinges on the validity of the Directions. The reason is obvious. The Constitution is supreme, whilst the Electoral Act is a specific statute dealing with a specific subject-matter, namely, elections. Starting with the former, Section 4(3) and Items 22 and 68 of the Exclusive Legislative List as well as Paragraphs 2(b) of Part III of the 2nd Schedule to the Constitution, collectively empower the National Assembly (to the exclusion of any other person or authority) to enact rules of practice and procedure relating to “elections into any office to which a person may be elected under (the) Constitution”.

In this regard, Section 140 of the Electoral Act, 2022 provides that: “(1) the Rules of procedure to be adopted for election petitions and appeals arising therefrom shall be as set out in the First Schedule to this Act”; (2) The President of the Court of Appeal may issue Practice Directions to the – (a) Court of Appeal, in respect of pre-election and post-election appeals; and (b) Election Tribunal, in respect of post-election matters”.

Further to the foregoing, Paragraph 54 of the 1st Schedule to the Electoral Act, 2022 provides that “Subject to the express provisions of this Act, the practice and procedure of the Tribunal or the Court in relation to an election petition shall be as nearly as possible, similar to the practice and procedure of the Federal High Court in the exercise of its civil jurisdiction and the Civil Procedure Rules shall apply with such modifications as may be necessary to render them applicable having regard to the provisions of this Act, as if the petitioner and the respondent were respectively the Plaintiff and the Defendant in an ordinary civil action”.

The first thing to note about the foregoing is that, even though, under the Constitution, only the National Assembly possesses the sole authority to enact rules of practice/procedure relating to elections as aforesaid, when it comes to Practice Directions, the Assembly has, by the aforesaid provisions of the Electoral Act, directly ceded that power to only the President of the Court of Appeal.

Tellingly, no such power is given to the CJ of the FHC. This is crucial, because it is a settled principle of statutory interpretation that the express mention of one thing in a statute, implies the exclusion of others which otherwise might be implied. This is commonly expressed in latin as expresso unius est exclusion alterius: See P.C.H.S.Ltd. v MIGFO NIG. LTD. (2012) All FWLR Pt. 642 Pg. 1615 at 1643D.

I believe that this fact, coupled with the specific nature of the Electoral Act, as well as the provisions of Items 22 and 68 of the Exclusive Legislative List read along with Paragraph 2(b) of Part III of the 2nd Schedule to the Constitution simply means that the CJ of the FHC lacks any constitutional or statutory authority to make the FHC (Pre-Election) Practice Directions 2022. This is because of another canon of statutory interpretation expressed in the maxim: specialibus generalia derogant (special things derogate from general things). See INDEPENDENT TELEVISION & RADIO v EDO STATE BOARD OF INTERNAL REVENUE SERVICE (2014) All FWLR Pt. 759 Pg. 1144 at 1167G.

Notwithstanding the provisions of Sections 254 and 285 of the Constitution (under which the FHC (Pre-Election) Practice Directions 2022 were supposedly enacted), to the extent that they don’t specifically authorise the CJ of the FHC to introduce the Directions, they do not avail for that purpose. Only the President of the Court of Appeal possesses that authority, in the case of appeals to that court and proceedings at Election Tribunals. In terms of pre-election matters, the Electoral Act has conferred that ‘power’ on (rather, adopted the provisions of) the Federal High Court (Civil Procedure Rules) 2019. The validity, vel non, of those Rules (having regard to Section 44(1) of the Federal High Court Act, as aforesaid, is another matter.

Suffice it to say that the foregoing scenario calls to mind the dictum of the British High Court in ST. JOHN SHIPPING CORP. v J. RANK LTD. (1975) 1 Q.B. 267 at 282 (adopted by our Supreme Court in IFEZUE v MBADUGHA (1984) LCN/223 – SC), where it observed that “one must not be deterred from enunciating the correct principle of law (simply) because it
may have startling, even calamitous,
results”.