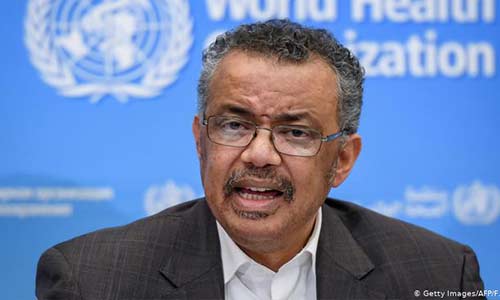 THE World Health Organisation (WHO) has recommended a combination of Baricitinib, an arthritic drug, and corticosteroids for the treatment of patients with severe or critical COVID-19, the News Agency of Nigeria (NAN) reported.

Baricitinib is a type of drug known as a Janus kinase (JAK) inhibitor, also used to treat rheumatoid arthritis.

The WHO Guideline Development Group of international experts gave the recommendation in the British Medical Journal (The BMJ) on Thursday.

According to the experts, the recommendation was based on moderate certainty evidence that it improves survival and reduces the need for ventilation; and shows no observed increase in adverse effects.

The experts said that Baricitinib had similar effects like other arthritis drugs called interleukin-6 (IL-6) inhibitors, so when both are available, they suggested choosing one based on cost, availability, and clinician experience.

The experts said it was not recommended to use both drugs at the same time. However, the experts advised against the use of ruxolitinib and tofacitinib, two other JAK inhibitors, for patients with severe or critical COVID-19.

They said it was because of low certainty evidence from small trials which failed to show benefits and a possible increase in serious side effects with tofacitinib.

In the same guideline, WHO also made a conditional recommendation for the use of the monoclonal antibody, Sotrovimab, in patients with non-severe COVID-19, but only in those at highest risk of hospitalisation, reflecting trivial benefits in those at lower risk.

The experts further said that there were insufficient data to recommend one monoclonal antibody treatment over another and acknowledged that their effectiveness against new variants like omicron was still uncertain.

The experts said that guidelines for monoclonal antibodies would be updated when additional data become available.

“Today’s recommendations are based on new evidence from seven trials involving over 4,000 patients with non -severe, severe and critical COVID-19 infection.

“They are part of a living guideline developed by WHO, with the methodological support of MAGIC Evidence Ecosystem Foundation, to provide trustworthy guidance on the management of COVID-19.

“Living guidelines are useful in fast-moving research areas like COVID-19 because they allow researchers to update previously vetted and peer-reviewed evidence summaries as new information become available,” they said.

The experts noted that in making their recommendations, the panel considered a combination of evidence assessing relative benefits and harms, values and preferences, and feasibility issues.