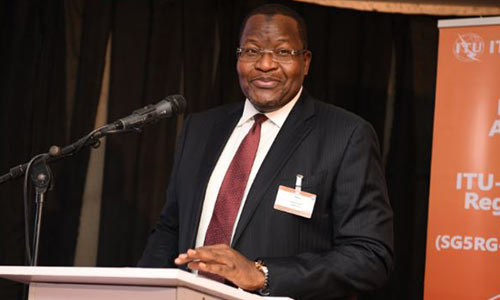 The Executive Vice Chairman, NCC, Prof. Umar Danbatta, made this known in a statement signed by Henry Nkemadu, Director, Public Affairs in Abuja.

Mr Danbatta said that the Commission’s efforts in this regard was in line with one of the key agenda of President Muhammadu Buhari to strengthen security of lives and property for all Nigerians.

“We have since initiated the second phase of SIM deactivation based on the Ministerial directive and as at today, we have completely deactivated the remaining 2.2 million lines on the networks.

“This is contrary to reports by a section of the media, suggesting that nothing has been done with respect to the issue of improperly registered SIM cards.

“Following the September 2019 Ministerial directive, however, the NCC, within a week, intensified efforts by reducing the number of improperly registered SIM cards from 9.2 million to 2.2 million,” he said.

He, however, said that over the years, the NCC had worked with determination and through various policy initiatives, to rid mobile networks of improperly or invalidly registered SIM cards.

The EVC explained that this was to ensure that all the current over 184 million registered SIM cards across Mobile Network Operators (MNOs) networks had valid data that were traceable and not anonymous.

According to him, our efforts received a boost, following the implementation of a Sept. 12, 2019 Ministerial directive that the NCC should compel service providers to block all improperly-registered SIM cards, pending when their owners regularise their registration.

“As at the time the Ministerial order was issued, the Commission, through its Compliance Monitoring and Enforcement team, had reduced the number of improperly-registered SIM cards on mobile networks in the country to 9.2 million.”

He recalled that the Commission had, in June 2019, commenced the second round of comprehensive verification audit of MNOs’ SIM card registrations as part of the Commission’s ongoing regulatory interventions.

The EVC said that the regulations were the setting up of the SIM Registration Industry Task Force, which led to several resolutions including the Industry Working Group (IWG) on harmonisation of SIM registration process.

He also said that the National Identity Management Commission (NIMC) was inclusive to ensure a clean SIM database, adding that the audit exercise was concluded in August 2019.

“The audit was specifically to ensure strict adherence by telecom operators to the provisions of the Telephone Subscribers Registration Regulations 2011,” he said.

The EVC assured all stakeholders that the Commission would continue to aggressively pursue the national objectives of delivering an accurate database of telephone subscribers in Nigeria.

He also stated that stated that the SIM data submitted to the Commission was constantly validated for higher efficiency to support the national security objectives of the SIM registration exercise through NCC’s zero tolerance for deviations from the proper registration process.

“I also use this opportunity to restate the Commission’s commitment to the periodic SIM data audit, continuous compliance monitoring exercise on the MNOs, as well as constant consumer education and engagement against using improperly-registered SIM cards.

“We will be able to, collectively, address national security concerns, especially kidnappings, banditry, armed robberies, cattle rustling and other crimes associated with SIM cards across the nation.

This will ensure that all SIM cards are traceable to their real owners,” he added. NAN