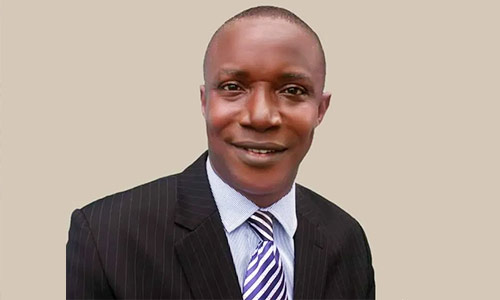 The Igbo man has labored so much more than others from pre independence era to see that Nigeria is a united country, yet has never ruled the country or produced a Democratically Elected Executive President.

Since after the civil war which ended in 1970, no Igbo man has ruled Nigeria and this led to claims of marginalization by the Igbos. Now, there is a great force of consciousness and pragmatic constructive engagement going on with other tribes in order to actualize Igbo presidency in 2023. This led to the formation of a group known as Igbo Presidency Solidarity Congress (IPSC) which can be said to be the modern day reformed Zikist Movement which transformed into NCNC that fought for Nigeria’s Independence.

PREAMBLE
Born out of our sincere concern for Nigeria peace, unity and prosperity, a nation where equity, justice and egalitarianism are sacrosanct. We, under the umbrella of IGBO FOR PRESIDENT SOLIDARITY CONGRESS, have resolved to initiate diplomatic contacts with political stakeholders, businessmen and women, academia, elder Statesmen, pro-advocacy groups, artisans and grassroots people of Nigeria, for the purpose of promoting and supporting man or woman of Igbo extract as president of Nigeria in 2023 general election.

This humble and noble national initiative is desirable and expedient for sustenance of National peace, unity and progress. History is depleted from 1960s when we have three regions, in the 70s four regions to 12 states, and increased to present 36 states and FCT with corresponding 6 geo-political zones , Since 1999, three zones: South West, North West and South-South have produced democratically elected presidents. Conventionally power rotates for equity and justice, as implied in the principles of Federal Character. Therefore, in 2023 passionate consideration should be accorded South East as the only Zone in the Southern Protectorate yet to produce Nigeria President.

Igbo for President Solidarity Congress (IPSC) Slogan is –One People One Nation. It is apt to emphasize that centuries before amalgamation of Northern and Southern.

Protectorates, our people had been living together in a conductive socio-cultural and socio-economic environment. So, the unification of people in Niger Areas to create what is known as Nigerian is not a coincidence, it is defined as intervention of God to build a strong, virile, united and prosperous nation.

OBJECTIVES
(I). To initiate national dialogue on desirability of power rotation between the North, South, with special consideration of South East Zone.

III. To meet with and entreat leaders of registered political parties in Nigeria to consider zoning presidential candidate to South East, and probable adoption of single candidate from South East Zone to contest 2023 presidential election.

VISSION
We plan to be routed in all the communities in Nigeria with IPSC offices and billboard scattered in the nooks and crannies of the country.

MISSION
To lobby all viable political parties to Zone their presidential tickets to the South East.

PHASE TWO
Organization of seminars, talk show, rallies, consultations and visitation of stakeholders such as community, political and religious and Traditional leaders

PHASE THREE
Adoption of Candidates for the 3 major political parties before the primaries.

Finally adoption of a single candidate after all political parties primaries.