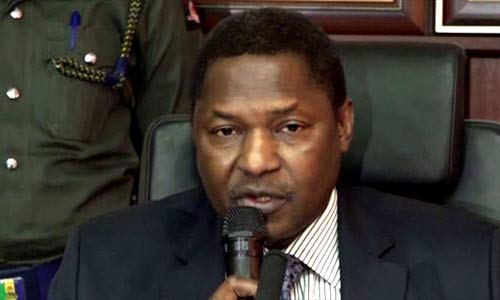 As the deadline for the remittance of the Value Added Tax (VAT) for August expires today, the Federal Government has told companies to pay to the Federal Inland Revenue Service (FIRS).

This, it said, would accord with the order by the Court of Appeal for a status quo antebellum.

Attorney-General of the Federation and Minister of Justice Abubakar Malami (SAN) said that the status quo referred to the state of affairs before parties went to court.

Besides, he emphasised that FIRS remained the statutory VAT collecting authority, not states.

The AGF’s spokesman, Dr Umar Gwandu, responding to an enquiry by our correspondent, said: “As far as the Federal Government is concerned, the status quo ordered to be maintained by the court is a position prior to the submission to the jurisdiction of the court which in effect means the FIRS remains the recognised revenue collector of the VAT in the country.”

The tax-collecting agency also urged companies not to panic or be confused and remit “their returns to the FIRS”.

A highly placed official of the FIRS, who pleaded not to be named, said: “The Appeal Court ruling is in our favour.”

Echoing the AGF, he said the order to “maintain status quo antebellum” supersedes FIRS’ previous statement calling for “the continuation of the status quo”.

The FIRS official warned that “states will be in breach of the Appeal Court ruling if they clamp down on companies that remit their VATs to the FIRS”.

He added: “Any company that is put in such a position has every right to sue the state.

“There are lots of options in that they can sue. You can’t shut down a legitimate business because it does not pay tax to you, that law at the moment does not exist.

“As far as the law is concerned, the status quo that existed before the judgment was made is the existing law. What is that law? That all VAT should be paid to the Federal Government”.

The Nigeria Employers Consultative Association (NECA) directed its members to make their VAT remittances for August to the Federal Inland Revenue Service (FIRS).

NECA is a trade union of employers in the private sector.

The association, in a statement by its Director-General, Timothy Olawale, said: “All VAT collected for August 2021 should be remitted to the FIRS based on the Order of the Court of Appeal.”

The Lagos Chamber of Commerce and Industry (LCCI) said businesses were still confused as to who was in charge of VAT.

Its Director-General, Dr Chinyere Almona, in a statement, said the situation was not healthy for the business community and planning.

She believes businesses should not be made to pay VAT twice to different agencies.

On Sunday, the Organised Private Sector of Nigeria (OPSN) expressed their worries over how to pay the VAT and to who.

Its chairman, Taiwo Adeniyi, urged the Federal Government to clarify the “confusion”.