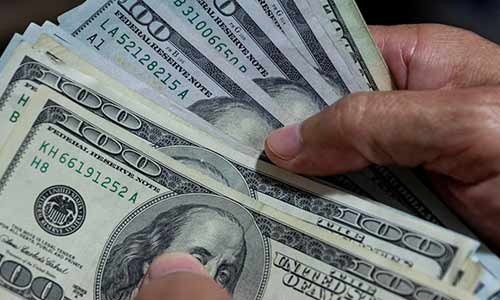 The share of United States dollar reserves held by central banks across the world fell to 59 per cent—its lowest level in 25 years, during the fourth quarter of 2020.

This is according to the just-released International Monetary Fund’s (IMF) Currency Composition of Official Foreign Exchange Reserves (COFER) survey.

Some analysts claimed this partly reflected the declining role of the US dollar in the global economy, in the face of competition from other currencies used by central banks for international transactions.
If the shifts in central bank reserves were large enough, they could affect currency and bond markets.

The dollar acts as the primary reserve currency for the global economy, and foreign exchange reserves in central banks around the world account for the bulk of the US dollar.

According to the survey, the share of US dollar assets in central bank reserves dropped by 12 percentage points—from 71 to 59 per cent—since the euro was launched in 1999, although with notable fluctuations in-between.

It noted that the share of the euro has fluctuated around 20 per cent, while the share of other currencies including the Australian dollar, Canadian dollar, and Chinese renminbi climbed to 9 per cent in the fourth quarter.

The value of the US dollar has been broadly unchanged, while the US dollar’s share of global reserves has declined, indicating that central banks have indeed been shifting gradually away from the US dollar.

Some expected that the US dollar share of global reserves would continue to fall as emerging market and developing economy central banks sought further diversification of the currency composition of their reserves.

A few countries, such as Russia, have already announced their intention to do so.

But despite major structural shifts in the international monetary system over the past six decades, the US dollar has remained the dominant international reserve currency. Any changes to the US dollar’s status are likely to emerge in the long run, the survey noted.

The swap deal, an agreement with a three-year tenor, allows both the CBN and PBoC to swap a maximum amount of 15 billion Renminbi/Chinese Yuan (CNY 15 billion) for N720 billion.

This amount is equivalent to $2.5 billion using the prevailing exchange rate of N305:$1 at the time.