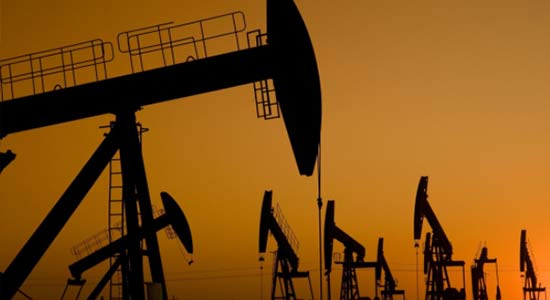 The Cable, Guardian ThisDay and other newspapers had made a publication showing that a cheque from Gazealt Ltd issued to Union Bank by Gladstone Kukoyi and Associates was fake. The publication likened the situation of the P&ID Ltd contract scam which led to an Arbitral Award made in favour of P&ID Ltd against Nigeria to the tune of $6.6 billion in damages and lost income, plus a daily interest of $1.2 million which was later set aside on the basis of fraudulent contract. The publication warned that if the court rules that Nigeria should indeed pay the £2.556 billion award to Pedro Union, the country will wake up and start running up and down to save its comatose treasury.

In reaction, the Pedro Union in a statement by its management titled “DEFAMATORY PUBLICATIONS AGAINST PETRO UNION OIL AND GAS COMPANY LIMITED” said the publication is baseless and meant to enlist sympathy and to spread falsehood adding that the publication is aimed at maligning the reputation of Pedro Union.

“The Management of Petrol Union Oil and Gas Company Limited wishes to use this medium to debunk the series of malicious and defamatory publications done by THISDAY Newspaper, THE GUARDIAN newspaper, the Cable and other online platforms, being used and sponsored by Union Bank of Nigeria to enlist sympathy and spread falsehood using the media.

“It has become imperative to respond to these baseless publications intended to feed the general public with lies – lacking proper investigation to know the truth. The purport of these publications are without doubt intended to damage, malign and undermine the reputation of our Company by well-orchestrated lies told with reckless impunity in an elusive attempt to deceive the general public by changing the entire narrative.

“We feel highly disappointed that these media outlets, journalists and publishers used in propagating these ignoble and shameful publications fail to abide by the ethics and attendant high calling of their profession. In this time and age, one would expect that every established and seasoned publisher ought to thoroughly investigate their story and get their facts properly before publishing same. Thus, it is quite unfortunate and regrettable that some of these media outlets have decided to sell their conscience for a few coins, just like what Judas Iscariot did in the Holy Scriptures.

“It is our position that anyone who cares to judge this matter fairly must be historically conscious, as this is a case that has been in the Court of Law for the past 11 years. For this reason, we provide a little background of the case to enhance the understanding of the public as it relates to the true facts of this case in a bid to facilitate rational judgment.”

Giving background of the situation, Pedro Union narrates that a cheque of £2,556 billion was issued in its favour through Gladstone Kukoyi and Associates for the construction of three refineries in Nigeria. Union Bank denied receiving such cheque and despite several efforts and intervention by the Economic and Financial Crimes Commission, EFCC, the Bank refused to return the cheque

The Petrol Union said it approached Federal High Court Abuja and obtained judgment for the Bank to return the money in question. When Union Bank appealed, the judgement was affirmed by the Court of Appeal and even the Supreme Court.

“Petrol Union Oil and Gas Company Limited, an established Oil Company in the Oil and Gas sector had sometime in 1993, written a letter to the then President of Nigeria, General Sani Abacha through the chairman of Petro Union Oil and Gas Company Limited (Prince Isaac Okpala) now late, intimating the then President and Commander-in-Chief of the Armed forces of the Company’s plan and intention to bring in Foreign Direct Investment (FDI) to the tune of £2556,000,000.00 (Two Billion, Five Hundred and Fifty-Six Million Pounds Sterling) only into Nigeria through her foreign counterparts, Gazeaft UK Limited and other foreign partners, for the good of the country. The said fund was meant for the building of Refinery and other Petrol Chemical plants in Nigeria. In April 1994, the Company applied and obtained the requisite approvals for the establishment of three Petroleum Refineries and Petrochemical Plants in Nigeria for export purposes in conjunction with some of its foreign technical partners.

“The Company went further and sought approval from the Federal Ministry of Finance, Central Bank of Nigeria and relevant Government agencies, and obtained the go-ahead to approach her bankers to secure the funds into Nigeria.

“The Company, in furtherance of her intention to be transparent in the dispensing of the said fund, contracted a reputable Financial and Management Accounting firm (GLADSTONE KUKOYI AND ASSOCIATES) for the project in the spirit of transparency, through whom the fund was to be channelled as the Financial Accounting firm for the Refinery Projects. This was meant to show proper accountability of the fund to its foreign partners and to the Federal Government in general. The Accounting firm (GLADSTONE KUKOYI AND ASSOCIATES) was to use their bankers (Union Bank of Nigeria) as the host bank to secure the fund of £2,556,000,000.00 (Two Billion, Five Hundred and Fifty-Six Million Pounds Sterling) only. This direct foreign investment was meant for the building of the Refineries, which was to be located in Lagos, Calabar and Anambra state respectively. The said fund was deposited vide a Barclays Bank of London cheque with No.010140 issued by Gazeaft UK Limited the foreign counterpart of Petro Union Oil and Gas Company Limited, who raised the fund in partnership with other foreign partners, of which Prince Isaac Okpala (Now late) was the Chairman of both companies (Gazeaft UK Limited and Petro Union Oil And Gas Company Ltd). The cheque in question was deposited and received by the branch manager at Union Bank of Nigeria branch at Broad Street in Lagos State on behalf of Petrol Union Oil and Gas Company Limited on the 7th of June 1994 – paid in by GLADSTONE KUKOYI AND ASSOCIATES.

“Upon receipt of the cheque, Union Bank of Nigeria Plc. on the 29th of June, 1994, wrote a letter to Petro Union Oil and Gas Company Limited via GLADSTONE KUKOYI AND ASSOCIATES stating that it had been instructed by Central Bank of Nigeria (CBN), to intimate Petrol Union Oil and Gas Company Limited to proceed and forward its application for the approval of the said amount of £2,556,000,000.00 (Two Billion, Five Hundred and Fifty-Six Million Pounds Sterling) only to the Federal Ministry of Finance, of which the company did as instructed by Union Bank of Nigeria Plc.

“In spite of the EFCC’s advice, Union Bank Plc. still refused to return the cheque as instructed to Petro Union Oil and Gas Company Limited, continued to sit on the Company’s fund and profit from their evil doing while employing all manner of tactics to delay any process the company tried take to recover its said fund.

“Petrol Union Oil and Gas Company Limited, being left with no other option, instituted a Court action against Union Bank of Nigeria Plc. and 3 others at the Federal High Court, which was assigned to His Lordship, Justice Abdul Kafarati sitting in Abuja in the year 2012. After a well contested case, of which Union bank’s defence was that the case was statute barred, the Federal High Court overruled the bank’s excuses and gave judgment in favour of the Plaintiff (Petrol Union Oil and Gas Company Limited) on the 12th of March 2014 and ordered the bank to return the said fund to the Plaintiff with 15 % interest on the fund from the time it was deposited till the fund is liquidated. See Daily Trust Publication of the 12th of March 2014.

“Union Bank of Nigeria Plc. lodged a further appeal at the Supreme Court, but this met a similar fate as judgement was delivered on the 16th of December 2019 in favour of Petro Union Oil and Gas Company Limited yet again (third victory). The bank’s appeal was also struck out for being incompetent and lacking in merit.

Pedro Union expressed concern that despite the Supreme Court decision, the directors of its company were arrested by the EFCC at the instance of Union Bank and detained for over three weeks without bail. According to them, the action of Union Bank is a media trial aimed at diverting attention and making the company to stop fight for the recovery of its money.

Pedro Union said, “The fact that the bank played so dirty by using some operatives of the EFCC to effect the illegal arrest during a board meeting in the bank corporate headquarters, without any formal invitation by the EFCC to Petro Union Oil and Gas Company Limited, some days after the Supreme Court’s pronouncement, goes to show how desperate Union Bank f Nigeria Plc. is.

“At the risk of getting pedestrian, we shall refrain from providing further details., However, at this juncture, we hope we have provided adequate clarification, sufficient to debunk the defamatory publications of the writers and publishers who have so far demonstrated abysmal ignorance of the facts of this case.

“We are of the form belief that Union Bank of Nigeria Plc. is tangled beyond salvation; as it has made itself a prisoner of its own greed and inordinate ambition.

“Instead of the bank showing remorse at this stage and asking for forgiveness from the Company and the good people of Nigeria, rather, it has resorted to continue playing dirty, a ploy which ultimately led to the mysterious death of the Chairman of the Company and as a consequence, denying the Country of the establishment of this good and well thought-out projects that would have generated hundreds, if not thousands of employment opportunities in the Country – had the projects been allowed to take-off as scheduled.

“The attempt by Union Bank of Nigeria Plc. to suddenly wake up and cry foul, and resort to cheap blackmail in the media by using the print media and online platforms to sponsor lies in order to whip up public sentiment has failed as the truth is there for all to see. The various Courts that have adjudicated over this case for well over 10 years from the Federal High Court, to the Court of Appeal and the Supreme Court have all consciously stood clear of all odium in the determination of this case. The Courts have not given any cause whatsoever to be suspected of proximity to anything shady and like linen; they have remained stainless and guarded their office with integrity. In this regard, the attack on the Courts by the publishers are unfounded and without merit.

“This is to the credit of the of our judiciary system in Nigeria, which has refused intimidation thus far, to the glory of God. The process may be slow sometimes, but it always rises to the occasion when the chips are down and is truly as they say; The Last Hope of The Common Man.

“Union Bank of Nigeria Plc. like a drowning man is trying to grab whatever it can lay its hands upon to remain afloat, hence their resolve to concoct all manner of lies. It appears they do not even mind whether they make sense or not.

“It is obvious that the spirit of error has come upon Union Bank of Nigeria Plc.

“Let it be known that in due course, our Company shall review some of these publications and decide what steps to be taken to redress the damage done to her by the reckless publications.”