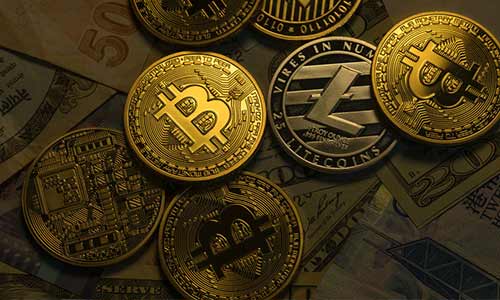 Ukraine is the fifth country in as many weeks to lay down some ground rules for the cryptocurrency market, a sign that governments around the world are realizing that bitcoin is here to stay.

In a nearly unanimous vote, the Ukrainian Parliament adopted a law that legalizes and regulates cryptocurrency. The bill was set in motion in 2020 – and heads to the desk of President Volodymyr Zelenskyy.

Until today, crypto in Ukraine has existed in a legal gray area.

Locals were allowed to buy and exchange virtual currencies, but companies and exchanges dealing in crypto were often under close watch by law enforcement.

According to the Kyiv Post, authorities have trended toward taking a combative stance when it comes to virtual cash, regarding it as a “scam,” raiding crypto-related businesses, and “often confiscating expensive equipment without any grounds.”

In August, for example, the Security Service of Ukraine (SBU) blocked a network of what it called “clandestine cryptocurrency exchanges” running in the capital city Kyiv. The SBU claimed these exchanges were facilitating money laundering and providing anonymity of transactions.

The new legislation also spells out certain protections against fraud for those who own bitcoin and other cryptocurrencies, and in a first for Ukraine’s Verkhovna Rada unicameral parliament, lawmakers have taken a stab at defining core terminology in the world of crypto. If signed by the president, virtual assets, digital wallets and private keys are terms that will be enshrined in Ukrainian law.

Unlike El Salvador’s move to adopt bitcoin as legal tender, Ukraine’s crypto law does not facilitate the rollout of bitcoin as a form of payment and does not put it on an equal footing with the hryvnia, the country’s national currency.

However, Thursday’s vote by the former nuclear power is part of a wider push by Kyiv to lean into bitcoin.

By 2022, the country plans to open the cryptocurrency market to businesses and investors, according to the Kyiv Post. Top state officials have also been touting their crypto street cred to investors and venture capital funds in Silicon Valley.

On an official state visit to the U.S. last month, Zelenskyy spoke of Ukraine’s budding “legal innovative market for virtual assets” as a selling point for investment, and Minister of Digital Transformation Mykhailo Fedorov said the country was modernizing its payment market so that its National Bank would be able to to issue digital currency.

But to bitcoin backers like Jeremy Rubin, Ukraine’s new law and political promises such as these don’t amount to much.

“Ukraine’s improved legal status for bitcoin is a laudable symbolic measure that we progress towards a world that respects individual rights universally,” said Rubin, CEO of bitcoin R&D lab Judica. “But it is only symbolic — bitcoin seeks neither permission nor forgiveness in its mission to protect persecuted communities from unjust governments.”

Just this week, El Salvador became the first country to both adopt bitcoin as legal tender and hold it on its balance sheet. President Nayib Bukele has essentially tethered his political fate to the outcome of this nationwide bitcoin experiment.

Last month, the U.S. proposed rules around crypto “brokers” in its $1 trillion infrastructure bill, and a new German law now allows funds previously barred from investing in crypto to allocate up to 20% to virtual currencies like bitcoin.

Panama appears to be next on deck. The Central American country is kicking around a draft of its own cryptocurrency law.

This list is hardly comprehensive — it just appears to be the latest pattern of dominos to fall, as more governments acknowledge the staying power of cryptocurrencies like bitcoin.