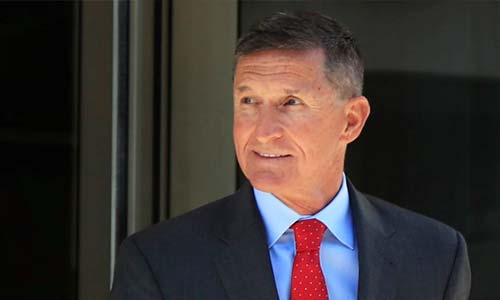 President Trump pardoned on Wednesday his former national security adviser Michael T. Flynn, who had twice pleaded guilty to lying to the F.B.I. about his conversations with a Russian diplomat and whose prosecution Attorney General William P. Barr tried to shut down.

“It is my Great Honor to announce that General Michael T. Flynn has been granted a Full Pardon,” Mr. Trump wrote on Twitter.

The presidential pardon brings to an end the drawn-out legal saga of Mr. Flynn. The Justice Department had moved in the spring to withdraw the charge against him after a public campaign by Mr. Trump and his allies, but the judge overseeing the case, Emmet G. Sullivan, had held up the request to scrutinize its legitimacy.

Though Mr. Trump had said months ago that he was “strongly considering” pardoning Mr. Flynn and was said to be planning for it after he lost the election, the intervention by Mr. Barr had held out the possibility that his administration could end the prosecution of a presidential favorite without requiring Mr. Trump to take explicit political responsibility for the act.

But as the case has lingered — delayed first by Mr. Flynn’s unsuccessful attempt to get an appeals court to block Judge Sullivan from reviewing the basis for Mr. Barr’s move, and then by further weeks of inaction from the judge — Mr. Trump ultimately moved to do so anyway.

Mr. Flynn was the only White House official to be convicted as part of the Trump-Russia investigation that was completed by the special counsel, Robert S. Mueller III. Under Mr. Trump and Mr. Barr, the administration has been trying to discredit and dismantle that inquiry. Mr. Trump also commuted the sentence of his longtime friend Roger J. Stone Jr. on seven felonies in a case brought by prosecutors working for Mr. Mueller.

John Gleeson, a former federal judge and mafia prosecutor appointed by Judge Sullivan to critique the Justice Department’s attempt to drop the case against Mr. Flynn, argued that the claimed basis for the request made no sense and seemed to be cover for a politically motivated favor to a presidential favorite. He had said that Judge Sullivan should instead sentence Mr. Flynn — or that Mr. Trump should just pardon him.

By doing so, Mr. Trump has now mooted that proceeding, meaning Judge Sullivan will most likely dismiss the matter. The pardon forecloses the possibility of a new legal confrontation over whether the judge could sentence a defendant who had pleaded guilty even though the Justice Department no longer wanted to pursue the case.

Mr. Flynn, the former head of the Defense Intelligence Agency and a decorated lieutenant general, was an early supporter of Mr. Trump’s campaign. He was rewarded when Mr. Trump named him national security adviser shortly after winning the 2016 election, ignoring warnings from President Barack Obama, who voiced concerns about Mr. Flynn’s management of the intelligence agency.

Mr. Flynn was also among a group of associates of the Trump campaign with links to Russian officials whom the F.B.I. scrutinized early in the counterintelligence investigation it opened in July 2016 to try to understand the extent of Russia’s covert interference in the campaign and whether any Trump campaign figures knew about it or were cooperating with it, wittingly or otherwise.

It came to light that Mr. Flynn was lying to his colleagues about conversations he had in December 2016 with the Russian ambassador, Sergey I. Kislyak. In the calls, Mr. Flynn urged Moscow not to escalate in response to sanctions imposed by the departing Obama administration over Russia’s covert election interference to help Mr. Trump, and raised the possibility that the incoming Trump administration would work more closely with Russia.

The pattern of lying raised new suspicions about Mr. Flynn. The F.B.I. sent agents to interview him at the White House even though deliberations with the Justice Department about whether to first tell Mr. Trump’s new White House counsel were not yet resolved. Notes from a meeting related to that interview suggest a purpose of the interview may have been to see whether Mr. Flynn would lie again to the F.B.I. agents — as he did.

Although Mr. Trump initially distanced himself from Mr. Flynn, the president later began to disparage the Flynn case as part of his broader attacks on the Russia investigation as a “hoax,” a “witch hunt” and a deep-state plot to sabotage him.

Over time, Mr. Flynn’s case became a cause for the right-wing media. Though Mr. Flynn had pleaded guilty — as part of a deal to also resolve his liability related to working for Turkey without registering as a foreign agent — he later reversed course and ceased cooperating with prosecutors.

Mr. Flynn hired a new lawyer, Sidney Powell, then becoming known for her Fox News appearances bashing the Russia inquiry, and he ultimately sought to withdraw his plea.

Ms. Powell has in recent weeks attached herself to the Trump legal team trying to overturn his loss in the 2020 presidential election, pushing a baseless conspiracy theory that Mr. Trump had won by a landslide but fraudulent election software instead gave the victory to President-elect Joseph R. Biden Jr. After she made particularly wild accusations that even Republican officials had been involved in a payoff scheme, the Trump team disavowed her.

At the start of her representation of Mr. Flynn, Ms. Powell had written to Mr. Barr, stressing the need to keep the communication secret, and counseled a strategy of replicating the model of the 2008 prosecution of a senator — also before Judge Sullivan — whose case the Justice Department sought to dismiss after conviction but before sentencing based on a finding of prosecutorial misconduct.

She asked Mr. Barr to appoint an outside prosecutor to scour the case file for any material that prosecutors should have turned over to the defense. After Judge Sullivan rejected conspiracy theories about prosecutorial misconduct that Ms. Powell put forward, Mr. Barr followed her suggestion and opened a review.

The reviewer Mr. Barr appointed produced documents showing that the F.B.I. had been aggressive when it decided to interview Mr. Flynn. While the Justice Department did not say the prior failure to turn over the files amounted to any misconduct, it cited them as providing a basis for Mr. Barr to abandon the prosecution.

The department’s claimed rationale centered on the idea that Mr. Flynn’s lies to the F.B.I. were not crimes because they were not material to any legitimate investigation. One of the files showed that the F.B.I. had been moving to close its inquiry into whether Mr. Flynn was a Russian agent before the question arose of why he was lying to colleagues about his calls with the ambassador.

That rationale for dropping the prosecution has been widely criticized by Mr. Gleeson and others since the F.B.I. legally needs little basis to conduct a voluntary interview, and because the mystery of Mr. Flynn’s lies to his colleagues about his interactions with the ambassador, in part regarding sanctions for Russia’s election interference, seemed obviously relevant to the larger Trump-Russia investigation.

Mr. Gleeson argued that the department was showing special favor for Mr. Flynn because that is what Mr. Trump wanted, and urged Judge Sullivan not to permit the judiciary to be used as cover for a politically motivated intervention — that is what the pardon power is for. Ms. Powell, for her part, portrayed the case against her client as a corrupt and politically motivated conspiracy and accused Judge Sullivan of being biased.

Mr. Trump has wielded his clemency power liberally, bestowing clemency not only on Mr. Stone but also on figures including the former New York police commissioner Bernard B. Kerik, former Gov. Rod R. Blagojevich of Illinois, the financier Michael R. Milken and others convicted of fraud, corruption and other crimes.