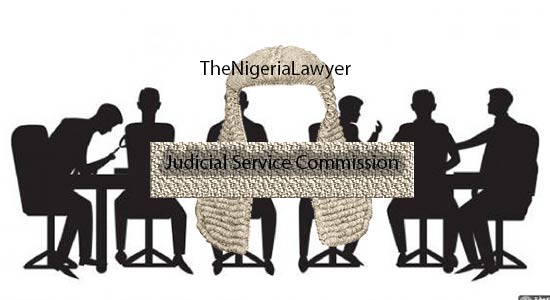 The Nawarawa State Judicial Service Commission has dismissed allegations of a selective transfer of a Magistrate who ordered the arrest, and remand of the State Commissioner For Works over alleged disobedience to Court Order.

Speaking with TheNigeriaLawyer, the Executive Secretary of the Commission, Yahaya Yakubu Shasa, described the report as totally false.

According to him, “This is false, there was a routine transfer and the magistrate was affected, the fact that she handled such a case is purely coincidental.

The Nasarawa State Judicial Service Commission cannot be bullied by any individual no matter how highly placed.”

Yahaya, emphasised that the transfer was a routine process which the Commission decided to embark upon in order to rejig the Magistrate Courts.

According to him, “It was after the transfer that I heard of the Commissioner’s case. It has nothing. Absolutely nothing to do with the transfer of the Magistrates.

He added, “Nasarawa State Judiciary does not discipline with transfer. We have many modes of discipline and transfer is not one of them.

He described the timing of the said Order and the Magistrate’s transfer as coincidental, saying the new Magistrate will continue from where the transferred Magistrate stopped and the order remains subsisting and valid.

According to him, “Nasarawa State Judiciary enjoys great autonomy and we do not allow any form of interference from whether from the Executive, Legislature or any other person.”

Recall that Magistrate Aisha Abdullahi the presiding Magistrate of Senior Magistrate Court, Uke on October 31, 2022 issued the warrant for the arrest and remand of the Commissioner at the Correctional Centre, Keffi citing “continued disobedience to the court”.

She has been reportedly transferred to Agwada, Kokona LGA and the case reassigned for “proper hearing”.

The Commissioner was standing trial before Magistrate Abdullahi for offences of criminal conspiracy, trespass and mischief in an action filed by Engr. Idris Aliyu Bori and one other over a plot of land.

Reacting, an aide to the Commissioner, Aliyu Bello Aliyu, said the Magistrate erred for issuing the warrant.

Aliyu, claimed that she has since reached out to the Commissioner for forgiveness over what he called “misconduct”.

“She will undergo special punishment,” the Aide added