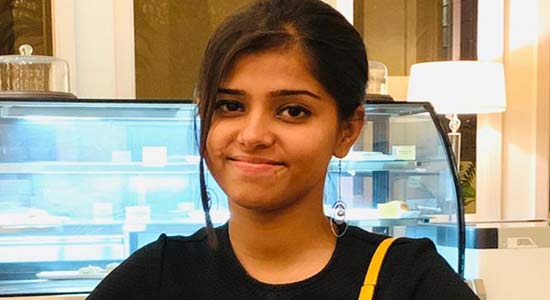 Little youngsters are dealt from neighbouring Nepal to India for the purpose for sex and prostitution. Karnataka is the third state in India for human trafficking. Other South Indian states are additionally the most looked for after goals for human dealing. Consistently in excess of 300 such cases are accounted for in every one of the four south Indian states. While West Bengal and Bihar, on a normal have 100 such cases every year. According to the information, the greater part of the human dealing cases are from these states. As per the most recent report on human dealing by the United Nations Office on Drugs and Crime uncovers that Tamil Nadu has 528 such instances of human dealing in 2012. The number is truly elevated and more than some other state aside from West Bengal (549). According to the information from Home Ministry, 1379 instances of dealing were accounted for from Karnataka in the time of four years, in Tamil Nadu the number is 2,244 though Andhra Pradesh has 2,157 instances of human dealing. As of late 300 reinforced workers in Bangalore have been saved.  Delhi is the centre of human dealing exchange India and half of the world’s slaves live in India. Delhi is the hotspot for unlawful exchange of little youngsters for residential work, constrained marriage and prostitution. Delhi is likewise the travel point.

Kids especially girl and young women, mostly from Northeast are taken from their homes and sold in faraway states of India for sexual exploitation  by the agents who lure their parents with education, better life, and money for these kids . Agents do not send these kids to school but sell them to work in brick kilns, carpentry units, as domestic servants, beggars etc. Whereas girls are trafficked for the purpose of sexual exploitation. Even these girls are forced to marry in certain regions where female to male sex ratio is highly disturbed. Children from tribal areas are at greater risk of human trafficking.

The trafficking of women and children causes untold miseries as it violates the Rights and dignity of the individual in several ways. It violates the individual’s rights to life, Dignity, security, privacy, health, education and redressal of grievances.

Calcutta’s red light area is home to more than 20,000 female commercial sex workers and also their families. The estimated number includes only the women who live and work in those red light areas. The scale of the industry is immense. Even if we take into account that each woman sees almost thee to four clients on a daily basis then around 60-80,000 men are visiting the brothels in Calcutta. The housing in the red light area is crowded where woman live and work in the same room where rent is paid on a daily basis. Sex workers in Calcutta either work independently or live and work under the aadhiya. Women working independently are mostly those who have left other areas after working under the chukri system, almost like bonded labourers. Now they simply rent a room on daily or weekly or monthly basis, solicit clients for themselves and keep all of their income with which they pay rent, bribes and other expenditures.

The gender perspective of commercial sex is something which is often overlooked. While men can get away with sex before marriage, a woman’s virginity is seen as an absolute necessity. I would put forth the phrase “double standards of sexual morality” as we can clearly point out that in patriarchal societies morality has two genders. It is this double standard that explains the stigmatization of commercial sex workers. Respectable members of the society turn their backs on the plight of sex workers and the uncomfortable issues their existence raises. Gender discrimination and patriarchal mindset are important constituents and catalysts of the vulnerability of women and girl children. This manifests itself in several serious violations of women’s rights such as high incidence of female feticide and infanticide and the discrimination against women in healthcare, education and employment. Since these are vulnerability factors that trigger trafficking prevention strategies need to be oriented accordingly

India is a source, destination and transit country for women and children subjected to sex trafficking. Most of India’s trafficking problem is internal and probably most of them are from the extremely disadvantaged strata of the society- economically weaker sections are most vulnerable to trafficking. That is exactly how thousands of unregulated work placement agencies reportedly lure women and children under false promises into trafficking which mostly gets them into the trap of the filthy sex industry. Having said that, the absence of a national coordinating agency has been a serious impediment in justice delivery and protection of human rights and so there is an urgent need of national nodal centralized agency to combat trafficking.