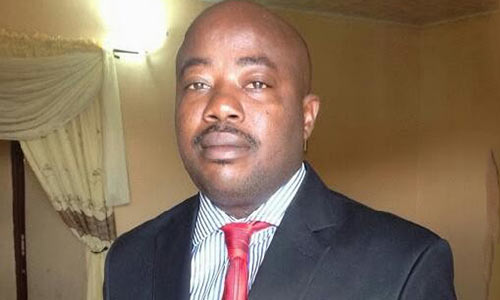 Prevent and detect crimes, and protect the rights and freedom of every person in Nigeria as provided in the Constitution, the African Charter on Human and Peoples Rights and any other Law.

Protect the lives and property of all persons in Nigeria

Facilitate the free passage and movement on highways, roads and streets open to the public etc

By section 5 of the Act, the Police Force is responsible for promoting and protecting the fundamental rights of persons in police custody as guaranteed by the Constitution.

The pertinent question that agitates the minds of every concerned Nigerian at this critical moment in the history of our nation, would be, has the Nigeria Police Force, carried out its core functions, as provided for by the Constitution and the Police Act, effectively? The obvious answer to this question is certainly “NO”. This piece is, therefore, aimed at identifying the various factors that had militated against the performance of the core functions of the Police in Nigeria.

The Acting Inspector General of Police, upon resumption of office, took far-reaching steps towards restoring the confidence and trust of the public in the Nigeria Police. He said thus; “In line with this, the policing Mission of my leadership shall be,’ To restore police primacy and to bequeath to the nation a modernised,citizen-led, rule of law guided, and professional police force that Nigerians can truly trust and depend on to achieve the policing Mandate enshrined in sections 4 and 5 of the Nigeria Police Act, 2020”. This honest statement by the new Acting Inspector General of Police, is a clear admission of the obvious fact, that the Nigeria Police, has failed woefully in its core mandates as provided for in sections 4 and 5 of the Nigeria Police Act 2020.

This failure is further highlighted by the recent nationwide protest against police brutality on innocent citizens. The Police, whose core mandate includes the protection of lives, is responsible for most cases of killings, as witnessed in Nigeria during this democratic dispensation.

The Nigeria Police, rather than protecting the lives and properties of Nigerians, had hitherto, deprived forcefully, Nigerians of their lives and properties. The Nigeria Police has also failed in its core mandate of preventing and detecting crimes. The Police rely on funding from private citizens, to investigate any reported case of crime in any part of Nigeria. Hence, where a case is reported to the police, by someone unable to fund the investigation, the case dies a natural death. This, in turn, had led to an increase in crime in Nigeria and the inability of the police to also prevent the same.

The personnel of the Nigeria Police Force, are seeing their privileged position, as an opportunity to make money or amass wealth for themselves. Every case of reported crime in Nigeria is seen as an opportunity to make money from both the nominal complainant and the suspect. This had, in turn, led to shabby investigations into serious cases bordering on terrorism, culpable homicide, rape, and fraud, and also aided the continued occurrence of such preventable crimes in Nigeria.

These noticeable lapses on the part of the average Nigerian Police personnel, are majorly induced by corruption in the Police Force itself. A situation where monies meant for investigation and prevention of crimes in Nigeria are allegedly embezzled by the top police hierarchy, leaves the lower police personnel with no other option than to extort the private citizens, whom they were to render their constitutional services, at no cost at all.

A situation where monies budgeted for the welfare of the average policeman in Nigeria, is allegedly pocketed by the privileged few high-ranking officers, leaves the lower-ranking officers, with no other option, than to extort monies from innocent Nigerians, to meet up with their increasing family responsibilities given the high inflation rate in Nigeria.

A situation where the police constitutive itself into a court of law, by condemning suspects, and extra-judicially killing them, without a proper trial and conviction before a court of law, does not also encourage the citizenry to have confidence in the Police. This also does not align with the core functions of the Police.

A situation where the Police, in a bid to extort monies from road users on the highways, block the highways, inflicting hardship on innocent road users, does not in any form, align with the core functions of the Nigeria Police. A situation where criminals are freed by the police, for allegedly offering the police huge sums of monies, does not in any form aid, the police in its core function of prevention of crime.

The Acting Inspector General of Police, Usman Akali Baba, who has made wonderful pronouncements and taken incisive steps towards repositioning the Nigeria Police, should understand that there is a need to identify, the major channels of leakages in the police funding for the welfare of its personnel. If the Billions of Naira, budgeted yearly, for the funding of the Police, especially as it affects the welfare of the police, were well utilized, we will not be where we are today.

Police officers who are placed on transfer from one state of the Federation to another, are starved of funds, to enable them to transport their families and properties to their new postings. If you visit the Force Headquarters in Abuja, you will notice the deplorable conditions, under which some police officers sleep, who have no accommodations. Virtually every police station, or command in Nigeria, is littered with makeshift accommodation camps by the police personnel who cannot afford any decent accommodation in their states of posting. Some police personnel have their luggage in their various offices or under the staircases in their offices.

How do we expect these men to put in their best, in their core duties of protecting lives and properties when there is no adequate protection for their own lives and properties? What about the cases of police officers who lost their lives in the course of duty? Their families most often, are neglected and left to suffer in abject poverty and penury.

The new Acting Inspector General Police should know that charity they say, begins from home. Sir, there is an urgent need to look into the welfare of the average Police personnel in Nigeria. Sir, there is a compelling need, for you to identify and block the various channels, through which the funds budgeted and released yearly, for the welfare of the police, have been leaking away.

Except there is an urgent improvement in the general welfare of the Nigeria Police, the Police, will continue to fail, in its core constitutional mandate, to the Nigerian people. The time to change the status quo is now. Disbandment of the IGP Monitoring Unit is a step in the right direction sir. However, if no immediate steps are taken as a matter of grave urgency, to address the welfare of the Police, I doubt, if any meaningful change, will ever be realized. There is an urgent need to boost the morale of the entire police force, by ensuring that the various welfare packages meant for them, are not taken away by the few high ranking Police Officers.