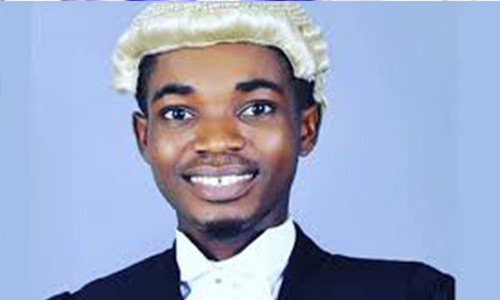 That being said, it is the intention of the writer to do more than defining the term “watching brief”. Discussion on the substance, gravity and import of watching will be made explicit.

Watching brief is defined as a brief held by a barrister to follow a case on behalf a client who is not directly involved see (https://www.lexico.com/en/definition/watching_brief accessed on the 26th day of August, 2019).

According to Wikipedia, it is a method normally used in criminal cases by lawyers to represent clients not directly a party to the suit and to function as an observer (underlining is mine). The method is normally used to help protect the rights and interests of victims of a crime, or also to protect a defendant from possible malicious prosecution. See (https://en.wikipedia.org/wiki/Watching_brief_(lawsuit) accessed on the 26th day of August, 2019)

To put it in another way, a lawyer retained to watch brief should never consider such as a passive and boring duty but one that should interest him, particularly should he have a flair for criminal jurisprudence because the duty of such a lawyer is actually calling to account every party in the trial without being heard. Working behind the scenes-and giving the much needed support to the side enforcing his client’s rights.

It is uncertain whether watching brief is provided for by the RULES OF PROFESSIONAL CONDUCT FOR LEGAL PRACTITIONERS 2007; however, a more detailed evaluation of rule 14 reveals that in a criminal trial, since the prosecution counsel is not particularly the victim’s lawyer but the state counsel, it is going to be laborious for the victim to expect from the prosecution counsel strict discharge of those duties contained therein especially rules 14(2) (b), (c), (d) and 14(5). Hence, the need to engage a lawyer to watch brief arises because the victim is not a client to the prosecution lawyer. The law is such that all criminal cases are held by the state. It is the state which therefore prosecutes them not extremely on behalf of the complainant but as if the wrong was in fact done against the state itself.

14(2) (b) keep the client informed of the progress and any important development in the cause or matter as may be reasonably necessary.

14(2) (c) warn his client against any particular risk which is likely to occur in the course of the matter.

14(2) (d) respond as promptly as reasonably possible to request for information by the client.

14 (5) Negligence in handling of a client’s affairs may be of such a nature as to amount to professional misconduct.

Therefore, a situation where the prosecution lawyer will be seen to be bound by this provision as it relates to the victim is not envisaged strictly. To this end, counsel watching brief needs to familiarize himself with the matter, as it is absolutely necessary that he obtains all witness statements and documents to be relied on and peruses them carefully. Should there be a loophole in the evidence, he should raise it with the prosecution for redress. Although, in achieving this, it is imperative that the lawyer develops a cordial relationship with the prosecutor so that the information flowing to him (prosecutor) will appear as persuasive suggestions as opposed to orders which are more often likely to be ignored since the lawyer has no control over the prosecutor in his line of duty.

The purpose of watching brief is not to ensure that a conviction takes place but rather to guarantee that the criminal process is conducted well to bring about just outcomes and help protect the rights and interests of victims of a crime. In addition to this, it helps to guarantee that the criminal process is carried out professionally and competently thereby guarding against lazy prosecutors who may carry out the prosecution in an unprincipled manner. It also deters corrupt prosecutors or judicial officers who may make a mess of a good case for personal reasons. The presence of a lawyer watching brief buries other intentions in the mind of officials who become aware every move is under watch by a professional.

A lawyer watching brief for the victim of the case can only be seen and not heard and in the event of wanting to do more for the nominal complainant in respect of the case, he would need to seek for leave of the Court This limitation and procedure of watching brief appears to have been expounded by Per BADA, J.C.A. at (Pp. 24-26, Paras. A-E) in the case of ADIO v. FRN CITATION: (2019) LPELR-46793(CA)

CRIMINAL LAW AND PROCEDURE – CHARGE(S): Whether counsel watching brief for a victim can apply to discontinue a charge

As rightly submitted by Counsel for the Respondent the charge against the Appellant was instituted by the Federal Government of Nigeria through its Agency, the Economic and Financial Crimes Commission (EFCC). And by law, it is only at the instance of the Federal Government or State that the charges can be discontinued, either by the Attorney General or an officer in his chambers entering a Nolle Prosequi. The present application being complained about was nether filed by the prosecution nor the defence Counsel. And under Section 108 of the Administration of Justice Law of Oyo State 2016 there was no application before the lower Court to terminate the Criminal case in Charge No- 1/3EFCC/2017 against the appellant. Apart from the fact that the Counsel watching brief for the victim of the case can only be seen and not heard, it is the responsibility of the Government to prosecute or grant leave to prosecute crime which is the subject matter of this charge. The above position of the law notwithstanding, I am of the view that the nominal complainant can only be heard during the trial of the case as a witness. If the nominal complainant has any other thing to do in respect of the case he would need to seek for leave of the Court. It is clear that no such leave was obtained neither was any application for such leave filed before the Court prior to the filing of the said motion on notice under consideration which was to arrest the Judgment of the lower Court and discontinue the case.

The law does not anticipate any situation where the Counsel watching brief will bring an application seeking plea bargain or arrest the judgment on behalf of the Appellant. Even where plea, bargain was the intention of the nominal complainant same cannot be given effect without the concurrence of the prosecuting Counsel and/or the Respondent. See Section 269 (1) of the Administration of Criminal Justice Law 2016 Laws of Oyo state which states that- “Notwithstanding in this law or any other law, the prosecution may – (a) receive and consider a plea bargain from a defendant charged with an offence either directly from the defendant or on his behalf…” I am of the view that the complainant in this case is the Federal Republic of Nigeria and Section 356 of the Administration of Criminal Justice, Laws of Oyo State 2016 allows only the complainant i.e the Federal Government of Nigeria to exercise such powers of seeking to have the case discontinued provided it is not a felony.

I am also of the view that application aimed at arresting judgment of Court is not known to our Criminal jurisprudence and neither does our own rules of Court make provision for such an application. As I stated earlier that the prosecuting Counsel must be carried along if there is going to be any such application but in this case he was not carried along. Therefore the application was not properly brought before the Court. The lower Court was therefore right when it refused to hear the application. See the case of: – DICKSON OGUNSEINDE & ANOR VS SOCIETE GENERALE BANK LTD & 2 ORS (2018) 9 NWLR PART 234 PAGES 241 – 242 PARAGRAPHS H-A.”Per BADA, J.C.A. (Pp. 24-26, Paras. A-E) – read in context (2019) LPELR-46793(CA).

Finally, rule 1 of the RULES OF PROFESSIONAL CONDUCT FOR LEGAL PRACTITIONERS 2007 already provides that “a lawyer shall uphold and observe the rule of law, promote and foster the course of justice, maintain a high standard of professional conduct, and shall not engage in any conduct which is unbecoming of a legal practitioner’’. Substituting the word “a lawyer” with “a lawyer watching brief” buttresses and  explains that Lawyers watching brief in criminal cases should therefore be active and provide the necessary support to the prosecution team and the entire justice system to ensure fairness is done to their clients and also to the defendant.