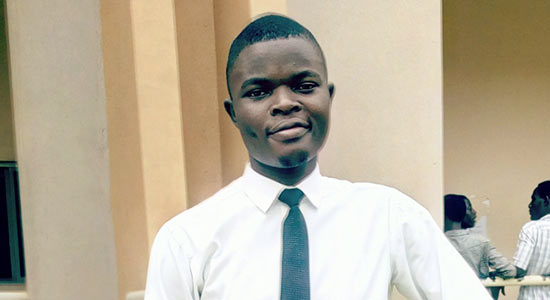 The laws regulating the sexual offences in Nigeria have done so much elucidation to the extent that an assertion could be put up that almost everybody now knows that the lack of consent in sexual relations, no doubt, raises the question of criminality. Absolutely key to the definition of rape. Several pieces of those sexual offences regulating legislation in Nigeria like the Criminal Code Act, the Penal Code Act, the Violence Against Persons (Prohibitions) Act, the Armed Forces Act, the Child’s Right Act (together with their respective “law” versions) all incorporate the clause of “consent” as a condition precedent to the legal propriety of a sexual intercourse.

Therefore, for any sexual intercourse to fall within the scope and/or contemplation of the legal permissibility, it surely has to be consensual in nature— meaning, the both parties must FREELY agree to have an intercourse with each other. In the Nigerian case of Iko v. State (2001) 14 NWLR (Pt. 629) 86, it was held that the consent of the victim is a complete defence to the charge of Rape. Can we thus safely say that the mere presence of consent will always exculpate an accused person from being guilty of rape? Absolutely No! This is because it is not in all circumstances wherein the victim of rape said yes that they really would not have preferred to say no.

Put simply, there are instances wherein, were it not for some acts put up by the accused person, the rape victim would never have consented to having the intercourse, not even for all the tea in China. It is therefore for that reason that all the afore-cited legislations have incorporated a provision specifically to qualify the consent of a rape victim in certain deserving or extenuating circumstances.

Section 74 of the Sexual offences Act (2003) of the UK seeks to define consent as “a situation where the person offers his agreement by choice and at the same time has the freedom and capacity to make that choice”. It follows therefore that in prosecuting a crime of rape, the prosecutor must ensure that the complainant did not have the capacity to make a choice about whether or not to take part in the sexual activity at the time in question or, alternatively, establish that the choice was not made freely. In other words, the choice was in some ways constrained or obtained by coercion.

Instances of an unreal consent

This part intends to examine the instances where, despite the fact that the victim consented to having an intercourse with the accused person, the accused person will still be guilty of rape because, in law, those types of consent amount to no consent.

The first instance is where the victim gave consent as a result of threat, intimidation, force or as a result of being put in fear of death or of hurt. In this regard, and as catered for under sec. 281 (1) (c) of the Penal Code Act, sec. 357 of the Criminal Code Act, sec. 77 (a & b) of the Armed Forces Act, and sec. 1 (1) (c) of the Violence Against Persons (Prohibitions) Act, the accused person will still be guilty of rape, despite the fact that the said sexual intercourse was with the (choice-less) consent of the victim. See the case of Sunday Jegede v. State (2001) 14 NWLR (Pt. 733) 264.

All the cited provisions have come up for expatiations before our courts and, in lucid ways, the courts have thrown weighty analogical reasoning behind them. The agreement of a victim in such circumstances has been interpreted by courts to be submission and not consent— seeing as consent is an enthusiastic willingness and not a reluctant acquiescence which is often the end product of threat, force and what have you. See the English case of R v. Olugboja (1982) Q.B. 320 CA

The second instance is where there was consent but, unlike the first instance (which was vitiated by the violent act of the accused person), there was neither force, threat nor anything of such. And, despite the non-involvement of any of those violent acts before the consent was given, the accused person may still very well be held guilty of the offence of rape. This part can be sub-classified into three categories, viz;

One, lack of capacity to consent. One of the two wings in the explanation of the term “consent” as offered by the Sexual Offences Act (supra) is “capacity”. Where the consenting victim falls within the category of persons presumed by law not to be capable of giving consent, then whatever consent they may be said to have given is, in law, an unreal consent. Sec. 282 (1) (e) of the Penal Code Act nullifies and debases the legal standing of whatever consent given by a girl of either under 14 years age or unsound mind. Likewise, sec 31 (3) of the Child’s Right Act also nullifies the legal accuracy of whatever form of consent given by a child.

The Nigerian Court of Appeal in Moshood Ahmed v. State (2015) AELR 6971, wherein a 13-year old girl was raped, held per Paul Adamu Galinje, J.C.A that “the victim in this case is a minor whose consent to sexual intercourse is immaterial even if she had given one”.

Two, impersonation. This is an instance wherein the victim consented because she thought she was to have an intercourse with the person to whom she’s legally married. In this regard, whatever consent given would, even as it is without force or threat, in law, amount to no consent. Sec. 77 (d) of the Armed Forces Act, sec. 282 (1) (d) of the Penal Code Act, sec. 357 of the Criminal Code Act, and sec. 1 (1) (c) of the VAPP Act all jointly point towards the fact that a man will be guilty of rape where he himself knew that a woman had a consensual intercourse with him only because she thought he was the person to whom she’s legally married. See the case of BONIFCAE ADONIKE V. STATE (2015) AELR 5629 (SC)

Three, fraudulent representation or deceit as to the nature of the act. Pursuant to the provisions of sec. 282 (1) (d) of the Penal Code Act, sec. 357 of the Criminal Code Act, sec.77 (c) of the Armed Forces Act and sec. 1(1) (c) of the VAPP Act, a consent even though given willingly by a woman but as a result of any act of fraud or deceit by the accused person would still nevertheless amount to no consent in law.

In BONIFCAE ADONIKE V. STATE (supra) the Supreme Court per Okoro J.S.C held inter alia that “. . . a successful proof of the prosecution of the fact that the accused person’s act of sexual intercourse with the Prosecutrix was without her consent or with her consent where such consent was obtained by fraud . . . deceit or impersonation would lead to the successful conviction of the accused.

Therefore, where there was a difference in the act done to the Prosecutrix and the act which she believed was being done (as to make them essentially of a different nature), then the accused person will be guilty of rape. In some of the authorities, the courts have acted on the basis that the Prosecutrix knew the nature of the physical act but that because of some added belief she had in the quality or nature of the act, the consent she gave was not a consent to the act done to her.

For example, in Reg. v Case (1850) 1 Den. 580, a girl of 14 years of age was induced by a quack doctor to submit to intercourse in the mistaken belief that she was undergoing a medical procedure which would improve her breathing. Since the fraud related to the ‘nature’ of the act (i.e, the girl believed she was having medical treatment whereas in fact she was submitting to sexual intercourse), consent was vitiated and the man was guilty of rape.

Noteworthy also is the fact that where, before the commencement of an intercourse, there was a clear stipulation with respect to its nature and quality to which the Prosecutrix specifically gave the consent, the man may therefore be very well guilty of rape if such stipulation is intentionally disregarded during the act. As the reason for that decision, the court held that she would have been deprived of choice relating to the crucial feature on which her original consent to sexual intercourse was based.

In the foreign case of Assange V. Swedish Prosecution Authority [2012] UKSC 22, it was held that if consent was conditional on the use of the condom during the intercourse, and the condition was deliberately disregarded, that was capable of amounting to rape.

Similarly, in R(F) v. DPP [2014] Q.B. 581 where the Claimant said she had consented to sexual intercourse only on the clear understanding that her partner would withdraw  before ejaculation, and there was evidence that the condition was deliberately ignored. The court held that those facts were capable of amounting to rape. Commenting further on the judgment, the Court remarked that “the evidence relating to choice and the freedom to make any particular choice must be approached in a broad common sense way”.