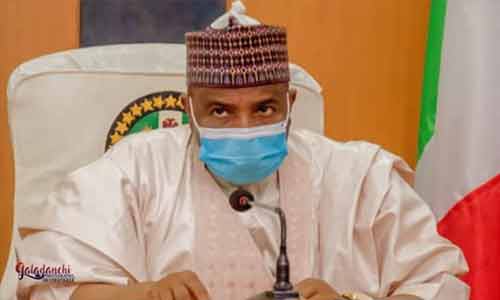 Tambuwal also appealed to the federal government, the National Assembly and the National Judiciary Council (NJC) to set up a JIF to cater for the judiciary.

The governor made the call when the House of Representatives Committee on Judiciary visited him in his office in Sokoto.

According to him, “It is worrisome that the salary package of the Justices has not been reviewed in the last 13 years.

“This is not good enough. We have reviewed the salaries… I suppose the idea of an intervention fund to the judiciary, and even if it is not made by way of a law, there should be an injunction to that effect…to revamp and turn around courts as well as provide for the welfare of the judiciary staff.”

Observing that a lot of courts are dilapidated, a situation which drove his administration to renovate the state High Court, he pledged that the state government will also intervene institutionally in the rehabilitation of the residences of Appeal Court Justices in the state capital “to make things better for them.”

In a statement issued by his Special Adviser on Media and Publicity, Muhammad Bello, Tambuwal was quoted as saying that these interventions will encourage the judiciary “to continue to dispense and discharge justice to the people of the state.”

He said such moves would equally make the judiciary independent and functional as the last hope of the common man and some “big men in and out of politics.”

Tambuwal further said: “There are challenges in this country, one of which is about the judiciary. We need to do more to grant autonomy to the judiciary and state legislatures. We need to act our words. I was very touched about the living conditions of the Appeal Court Justices in Sokoto.”

He commended the National Assembly for allowing the electronic transmission of election results, and advised the parliament to review the issue of direct and indirect primaries.

According to the governor, “I don’t know whether the National Assembly takes into consideration the cumbersome nature of the direct primaries, the cost implications, the requirements for INEC considering the number of political parties,” saying they should do the needful in the interest of democracy, equity and good governance.