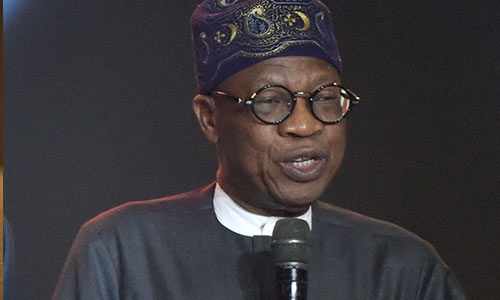 The Federal Government has taken delivery of 10 of the 12 A-29 Super Tucano fighter jets expected from the U.S. and their deployment has changed the tide in the fight against terror in Nigeria.

The Minister of Information and Culture, Alhaji Lai Mohammed, made the disclosure at a forum of the News Agency of Nigeria (NAN) on Sunday in Abuja.

“As of today, we have 10 of the jets on ground and the remaining two, I think should be delivered in the next two weeks or so.

“The introduction of these platforms have made a whole lot of difference and it has changed the dynamics of the war,’’ Mohammed announced at the NAN flagship interview session.

He noted that the deployment of the platforms contributed immensely to the successes being recorded in the fight against Boko Haram terrorists, who were surrendering in droves in the North-East.

In addition to the non-kinetic measures taken against bandits in the North-West and other troubled states, the minister said the platforms had also helped in neutralizing criminals.

“When these people surrender, it is either they are over-powered, they are starved of their operations or it has become impossible for them to carry out their dastardly acts.

“They do not just surrender voluntarily. It is just that our media are not doing what they ought to be doing.

“What is expected of them is to probe that since the introduction of the Super Tucano, how many bandits have been killed, how many terrorists have surrendered?’’

Responding to a question on when Nigeria would buy more fighter jets, Mohammed said the jets were high-grade weapons that could not be bought off the shelves.

“People have forgotten that under former President Barrack Obama, the U.S. denied Nigeria these Super Tucanos.

“A lot of diplomacy went on before we got these ones.’’

The minister said, however, that government was expecting more platforms that he was “not at liberty to disclose’’.

On July 22, the Nigerian Air Force took delivery of the first batch of six of the A-29 Super Tucano airplanes from the U.S.

The Director of Public Relations and Information at NAF Headquarters, Air Commodore Edward Gabkwet, who made the announcement said the jets arrived in Kano.

Nigeria has locked horns with terror groups, including Boko Haram and bandits and other groups, waging bloody wars against their fatherland since 2009.

The deadly conflicts have displaced thousands and claimed hundreds of lives. (NAN)