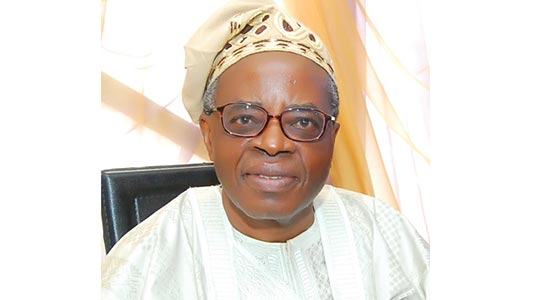 By Prof. Babafemi A. Badejo

I am an admirer of Malala Yousafzai, the young Pashtun girl who was literally shot into fame, allegedly by the Taliban. Since fate got me to write my Ph.D dissertation, submitted to UCLA, on Pakistan, I have always had a soft spot for the country. I spent about six months of field trip in the country in 1981 and it was a beautiful learning experience.

Malala was shot for daring to continue going to school when the Taliban had decreed an end to schooling by the girl-child. The gunman had thought he ended Malala’s life for it to serve as lesson to others. But British repaired Malala to the extent that one can hardly notice the damage. Malala lived to continue her education in Britain and became the youngest recipient of the Nobel Peace Prize that she won with Kailash Satyarthi in 2014.

So much has been written about her and there are many quotes of her’s. I once listened to Malala on audio talking about how her mum rebuked her as she pressed Malala to cover her face because men are looking at her and Malala quipped to the effect that she also wanted to look at the men. Described as the “bravest girl in the world” by Christiane Amanpour in a CNN interview, her response to a question has become a compelling CNN promo: Christiane Amanpour had noted that she still has huge dreams in spite of being shot to which she responded: “They only shot a body but they cannot shoot my dreams.”

Sunday Adeyemo, a.k.a Sunday Igboho, was arrested in Cotonou on July 19, 2021, ostensibly by security agents acting on the request of Nigeria. Like the stunningly beautiful Yoruba heroine, Moremi, saved Ile-Ife from its tormentors in Yoruba folklore, Sunday Igboho decided to save his people at Igangan from Fulani herders who were being led by a so-called Sarkin Fulani. The reportedly gun-wielding herdsmen had been kidnapping, maiming, raping and collecting ransom that Sarkin Fulani of Igangan reportedly used to facilitate.

Sunday Igboho organized his people and disarmed the tormentors and put them on the run. The so-called Sarkin Fulani of Igangan confessed in an interview that the name of Sunday Igboho instils fear into him. Like Malala did on the Taliban, Sunday Igboho exposed to his people that there was no reason to be afraid of a bully. Sunday Igboho, overnight, acquired the status of the bravest Yoruba man even if the Yoruba traditional authorities went quiet as if nothing happened.

Prior to the disarming the Sarkin Igangan, Sunday Igboho had been a local agitator for the realization of an independent Yoruba nation. On October 1, 2020, a rally in support of the self-determination position was avoided by many, including those who were expected to lead the peaceful rally. But Sunday Igboho showed up and led a small number of people. Sunday Igboho’s extraordinary achievement at Igangan rubbed on some of the so-called Yoruba leaders who, all of a sudden, started to join Professor Banji Akintoye to speak up on Yoruba self-determination.

The voice of Yoruba fat cats who wanted restructuring were being drowned. Even compromise positions like a confederal Nigeria that I continue to advocate as superior to both the current militarized centralist federation of Nigeria and an independent Oduduwa Republic was pushed back. The rallies being called by the bravest Yoruba man were being attended by many. He drew large crowds that did not provoke disorder. Political, religious and traditional authorities were not enthused but started to notice the popular warmth towards Sunday Igboho.

Sunday Igboho was a grass-root mobilizer for bigger politicians like former Governor Rasheed Ladoja. He lacked finesse. So, he spoke as he saw it. He condemned and even cursed many Yoruba leaders irrespective of whether they were revered traditional, political or religious authorities. This was costly.
Aside from the Federal Government of Nigeria (FGN), many wanted Sunday Igboho dead. Though he is not a saint as most of us are not, he definitely was bad for the lucrative business of courting the FGN to keep or acquire access to the steady looting of national patrimony and other forms of corruption.

It was no surprise that the FGN deployed all sorts of security capacities at the beginning of July 2021 to, once and for all, “crush” Sunday Igboho in an overnight attack. The jury is still out on the constitutionality of this attack that violated many aspects of the rule of law. Two of the people reportedly preparing for a peaceful rally in Lagos were killed as others were arrested and remain in detention. But Sunday Igboho escaped. This escape further boosted the myth around the bravest Yoruba man. He was eventually arrested in Cotonou, Benin Republic on Monday July 19, 2021.

It is still not clear as to if he would be freed to continue his journey or extradited. Even if he is exile, extradited, jailed or killed, the solace would have been in the quote from Malala Yousafzai. The FGN can only shoot a body or jail a person. They cannot shoot his/her dreams. Moremi had to be captured before returning to save Ile-Ife, the spiritual headquarters of the Yoruba people. Madiba Mandela’s dreams continued to burn beyond his incarceration. The Yoruba sage, Obafemi Awolowo who was incarcerated till he was released to be Deputy to General Yakubu Gowon showed leadership.

The need to jettison the 1999 Constitution is clear. Exile, incarceration or killing Igboho can no longer change that. The Governors from the South of Nigeria have already caught the bug for change even if there are differences on what the aftermath should look like. Furthermore, the Yoruba Governors are showing more assertiveness over lands that were constitutionally granted to them to hold in public trust in their respective states.

For instance, Yoruba Governors threw all caution to the wind and joined other Southern states’ Governors to issue the Asaba declaration on May 11, 2021, that has 11 points of concern for the continued corporate existence of Nigeria. Affirming their commitment to a just, fair, equitable one Nigeria in peaceful co-existence, the Governors pointed to the incursions of armed herders, criminals and bandits into Southern Nigeria threatening food security, the meeting resolved that open grazing of cattle be banned and such ban be implemented across Southern Nigeria by ensuring a stop to the movement of cattle to the South on the hoof and instead urged the Federal Government to invest on modern livestock management systems. Perhaps very politically crucial were recommendations (v) and (vi) that:

“agreed that the progress of the nation requires that urgent and bold steps be taken to restructure the Nigerian Federation leading to the evolution of state police, review of revenue allocation formula in favour of the sub-national governments and creation of other institutions which legitimately advance our commitment to and practice of true federalism;
recommended that in view of widespread agitations among our various peoples for greater inclusiveness in existing governance arrangements, the Federal Government should convoke a national dialogue as a matter of urgency;”

The Southern Governors rounded up their communique by expressing concern on the spate of insecurity plaguing the nation and called on the President to address the nation in boosting popular confidence.

The Asaba Declaration was very popular in Southern Nigeria. The positive spirit was reiterated at a follow-up meeting of the Governors in Lagos on July 5, 2021, when a deadline for legislations on banning of open grazing of cattle should be in place in all the Southern states. This position from the follow-up meeting was in spite of the President of Nigeria, the President of the Senate of Nigeria and the Attorney-General of the Federation leading the chorus from Northern Nigeria to denounce the position of the 17 Governors from the South.

It is high time that the meeting of the 17 Governors from the South of Nigeria be thrown open to embrace other devolutionist Governors all over Nigeria, but especially from the North-Central geopolitical zone. The Benue state Governor should be readily welcomed into the devolutionist meetings. I would not call them progressive governors because they are not, since none of them is controlling corruption by, for instance, transparently making open how they are spending the security votes allocated to their respective states.
For me, demands for restructuring of the polity must be preceded by the restructuring of Nigerian values away from the current emphasis on materialism at the expense of integrity and character. The issue is not whether a President is from the South of Nigeria in 2023 as the Governors from the South of Nigeria demanded at their Lagos meeting. It is to realise a critical mass of ungreedy National and State Assembly members in conjunction with a visionary leader who is an epitome of integrity with great selfless serving spirit. The emphasis being on the people as opposed to a few friends to be enriched as national patrimony continues to be looted.

Sunday Igboho’s dream of a just, fair, equitable treatment for his people is already kindled and it cannot be killed through incarceration or elimination. In fact, the FGN is unwittingly making Sunday Igboho a martyr when he should not have been one among a sophisticated and highly educated people. But since the Yoruba lack self-less visionary leaders, there is room for an activist like Sunday Igboho.

Should Sunday Igboho be released by the Republic of Benin authorities, he would thank his stars that he would only be in exile. And if he is extradited and jailed but not killed, he would need to be strong and accept that only few Yoruba leaders will speak up and stand by him. The sizable Yoruba diaspora would help Sunday Igboho’s heroic leadership. He should expect that his millions of supporters at home would be relatively unorganized and actively disorganized by the greedy Yoruba bad leaders of whatever category. But the tide is already turning.

Babafemi A. Badejo, former Deputy Special Representative of the UN Secretary-General for Somalia is currently a Professor of Political Science and International Relations at Chrisland University, Abeokuta, Nigeria.