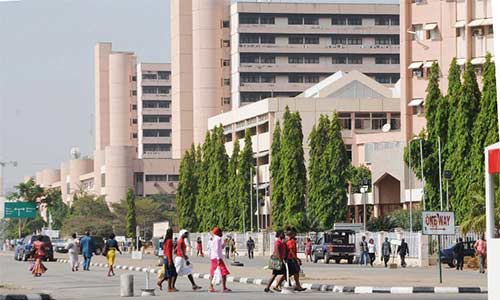 *Ask Government To Raise Taxes Across Board And Levy Anyone Earning N30,000 And Above Monthly.

As the Nigeria continues to suffer from stark economic realities and downturn, State Governors are reported to have made proposals for sweeping economic and fiscal reforms to save the country from total economic meltdown.

The proposals which involve stringent economic policies were reported to have been made to President Muhammadu Buhari during a meeting in July according to PREMIUM TIMES.

As part of concerted attempts to inculcate fiscal responsibility and avert the country’s impending economic collapse, the governors have encouraged the federal government to provide federal civil servants older than 50 years a one-time retirement payout to leave the service.

Also, in order to eliminate bureaucratic inefficiencies and lower the cost of governance, the proposal also encouraged the government to start implementing the revised Stephen Oronsaye Report, which recommended merging and closing agencies and parastatals with redundant or duplicated roles.

Despite having a budget of N17 trillion for the whole nation, the federal civil service only employs roughly 89,000 people and will spend about N4.1 trillion on personnel expenditures this year. It is unclear how many employees are above 50 or how much compensation they get.

The proposal comes amid warning signs indicate the country might be edging closer to the edge of economic disaster.

Nigeria only has $15 billion in foreign reserves, much less than the $36 billion balance on the gross external reserves indicated by the bank, according to a study published on Wednesday by PREMIUM TIMES. With N5.9 trillion spent on imports in the first three months of the year, the country’s reserves of $15 billion would hardly be enough to support four months of imports.

According to information that came to light last week, Nigeria’s excess crude account balance had substantially decreased from $35.37 million to $376,655, leaving the country without any safety nets to maintain its currency and economy. Recently, even more sign that the country was insolvent surfaced: income was outpacing debt repayment.

According to information from the 2022 fiscal performance report for the months of January through April, Nigeria’s total income was N1.63 trillion, but the amount spent on debt service was N1.94 trillion, a difference of nearly N300 billion.

The governors also requested that the government cut waste and duplications (such as in empowerment programs), reduce the 1 percent grant to NASENI to 0.2 percent, amend the Act in the 2022 Finance Bill, lower the cost of labor for MDAs under the federal government, and speed up the privatization of underperforming assets like the NDPHC power plants.

In a similar vein, the governors requested that the 2023–2025 MTEF reflect the recommendations and the government’s commitment to reestablishing budgetary restraint, while also calling for a reevaluation of the anticipated 22 percent rise in pay in 2023. They said that between 2023 and 2025, the budget deficit should be lowered to no more than 2% of GDP.

The governors recommended delaying international travel by MDAs, especially budgeted autonomous organizations like FIRS, NPA, NIMASA, and NCC, for at least a year in order to preserve foreign exchange and increase the reserves. Additionally, they advised the Ministry of Foreign Affairs to refrain from submitting visa requests to foreign embassies on behalf of federal government officials and their families unless the president has expressly approved them.

They said that with the implementation of a 3 percent federal income tax, state-level PIT should be eliminated and recommended a shift from state income taxation to consumption taxation. Additionally, they recommended that VAT levels be raised to 10% with a timeframe to raise it to between 15% and 20%, as well as the reintroduction and passage of VAT into the Exclusive List. State sales taxes (flat rate of 10%) should also be implemented for the 36 States and the FCT. It was unclear whether all governors supported the idea of adding VAT to the restricted list.

They recommended that, in order to increase tax revenues, the federal government impose a flat-rate Federal Personal Income Tax of 3 percent on all Nigerians earning more than N30,000 per month. They also recommended that, regardless of employment status, people earning less than N30,000 per month—including farmers and traders—pay a monthly FPIT of N100. Similar to this, telecom companies and the NIMC should work together to guarantee that this is deducted from people’s phone credits and linked to their NIN and BVN.

Additionally, the governors proposed consolidating the collection of all federal oil and non-oil taxes under the FIRS, with Customs, NPA, and other organizations evaluating and issuing requests. In order to position Nigeria to take advantage of the gas needs in Europe, they recommended that the Federal Government increase crude oil and gas production, address outstanding disputes regarding gas ownership in PSCs (such as Nnwa-Doro, OML 129), and offer incentives to hasten the development of deep offshore fields that are vandalism-resistant, such as Bonga SW (Shell), Preweoi (Total), Zabazaba (ENI), and Owowo (Exxon).

In order to prevent significant future outflows of foreign currency, the governors also encouraged the government to support (and pre-finance, if necessary) the early completion of the Dangote Refinery.

No official remark or comment has been made about this proposals. However, in recent times, Nigerians have increasingly murmured about the worsening economic situation in the country with skyrocketing inflation and unemployment rates, as well as depreciation of the Naira.