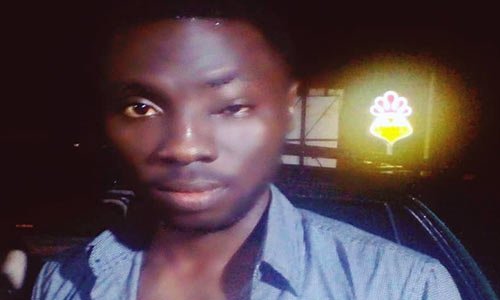 TheNigeraLawyer (TNL) gathered that the lawyer was driving a Toyota Sequoia with registration number, Rivers AHD 783 AA at St. Johns’, Port Harcourt when an army officer shattered his side mirror and attempted to speed up without at least coming down to see what he has done.

The lawyer finally doubled crossed the soldier at waterlines, Port Harcourt before the now pulled over.

The lawyer said his attempt to take pictures of the cars as evidence and to and demand for treatment was met with stiff resistance and aggression as they rained blows on him and injured his eyes.

The lawyer said: “I then demanded that I be treated only for him to mobilise other officers who gave me the beating of my life, arrested me and tried taking me to their barracks at Bori Camp. It took the intervention of a major in the army, a client whom I called before they finally released me with my car damaged, my face dealt with, my shirt torn and my leg injured. As I write I am in serious body pains and can not use my left eye.

The lawyer says he intends to take legal action against the soldiers but he does not have their names as he has just the registration number of the car used by the soldier.