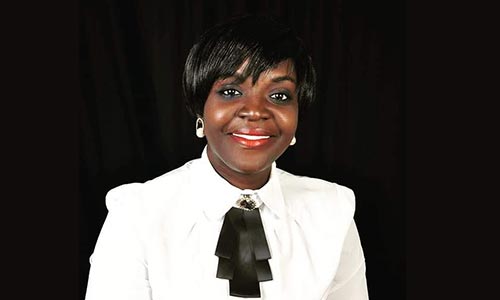 While many celebrated Eid- al-Fitr ,residents of Kuzari, Katumi, Masawa, and Dan-Aduwa were thrown into mourning. Over 100 menacing armed men tore into these towns in Sokoto state and left in their trail a sea of human blood as over 74 people were reportedly killed leaving thousands of displaced persons.

The first attack on Sunday 24 May,2020 occured hours after the police in Sokoto had issued a statement assuring residents of adequate security as they celebrated Eid.

As though to taunt the security agents and make it clear to them that they were no match to them, the armed men returned barely three days after the Sunday attacks to the same villages, in broad day light and merely hours after Governor Aminu Tambuwal had visited the communities to condole with them.

According to the account of residents in that area, they had informed the security agents as soon as they got report that the assailants had entered the villages. ‘ After we reported to the police in Sabon Birni local government, they rushed to Garki town but when they got there, they said they had no matching fire power to face the aggressors’.

Sokoto state which had been one of the most safe states in the North West has in recent times, joined states in the North such as Zamfara, Katsina, Niger, Kaduna, Plateau, Benue in a sordid blood bath. In July 2019, 37 people were killed in Goronyo local government. In 2018, its neighbor, Zamfara, was reported to have lost over 370 people in various attacks.

PERSPECTIVES AROUND THE CONFLICTS.

Anyone can postulate a view point about what is happening in northern Nigeria. There are various labels for these killings: Herdsmen, cattle rustlers, bandits, terrorists and a host of other evolving narratives but the fact that people are being killed is not in doubt. In February,2020, the United Nations Foreign & Common Wealth Office invited stakeholders to Wilton Park to discuss how to foster social cohesion in Nigeria.

Wilton Park is an executive agency of the United Kingdom Foreign and Common Wealth Office that provides a global forum for strategic discussion on issues of international security, prosperity and justice. The multiple and complex security challenges of Nigeria including Boko Haram, herdsmen terrorism, religious violence and farmer-herder conflict was up on the table for discussion.

For the better part of three days, we brain stormed on the conflict profiles and how public narratives around them complicate or resolve the conflicts. We sought also to find answers to the question of impunity by the instigators of the violence, the demands for justice and the extent of Nigeria’s government’s commitment to addressing the conflict.

By the third day, it became clear to us that Nigeria’s help from the insecurity that plagues it does not lie with it’s former colonial lords but in Nigeria and Nigerians themselves. We traveled back armed with this reality.

There is a monthly security allowance that is allocated by the Federal Government to all 36 states of the federation. It is called security vote. This sum is meant to service security challenges in a state. Its allotment varies based on the level of security required by the individual states. In 2018, Transparency International did a report titled: ‘How Security Votes Fuel Corruption in Nigeria.’ The report described security votes as camouflaged cash which are disbursed at discretion,transacted mostly in cash and not subject to legislative oversight or independent audit.The report noted that the Buhari Government has increased security votes from 9.3billion naira to 18.4 billion naira. Unlike the previous administration where insecurity in northern Nigeria was only in the North-East, almost every state in northern Nigeria now grapples with one form of insecurity or the other. There are no surprises to that report. Nigerians have always known that security vote is a cash cow. Oh! and by the way, the SBM Intelligence report states that between 2016 and 2020, the Kidnap industry in Nigeria has raked at least $18.34 million which in naira worth is about 7 billion naira. If you honestly think that the hungry looking killers caught on camera are the sole beneficiaries of these staggering sum, then you would have to think again.

What this means is that with an increase in security votes, there has been an even more massive increase in insecurity. This makes for a case of an investigation into our victimhood and the political economy of these conflicts.

Think about this logically: In the north east there is Boko Haram. In the North Central, there is the farmer-herder conflict and land grabbing. In the North-west the conflict is called banditry and cattle rustling. Whatever the name or the narrative, one thing is clear: human lives are being lost and all of us are bleeding.

It is therefore mind blowing that instead of citizens to band up together and demand for the sponsors, instigators and aggressors of these killings, some of those who should know better are being hired to discredit the stories of victims and to round down and minimize their pains. When the Sokoto incident happened, one expected for instance, that young people in the north would demand justice for these victims, unfortunately what trended on social media was the castigation of northern women who were dancing for their husbands on camera! Do we see how distracted and polarized citizens have become on the things that matter?

You see, whether you come from Sokoto, Niger, Benue, Plateau, Katsina or Zamfara, we are all victims. We may have come from different ships but we are all in the same boat. We are stuck together in a nation that continues year after year to spend more money on security votes but not on security. There is clearly an emerging market. We can either choose to bring the facts of our pains to the table and demand collectively for justice or remain gullible and perish. And just by way of getting us to smell the coffee let it be known that insecurity in Nigeria will not end until it is no longer lucrative to those in the insecurity ecosystem.

Ballason is the C.E.O. House of Justice and Executive Director Molluma Medico-Legal Center, Kaduna. She may be reached at mcmedicallaw@gmail.com