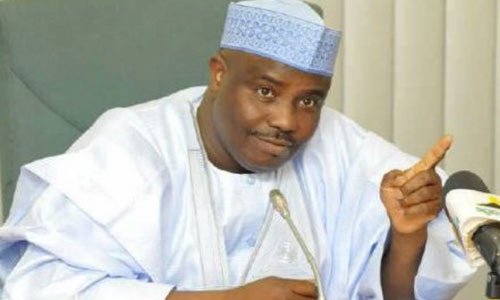 Governor of Sokoto State Aminu Waziri Tambuwal has expressed his worry over the Hate Speech Bill before the National Assembly with death penalty as punishment saying it is scary.

The governor who also added that the action of the sponsor can undermine the unity of the country, added that the nation’s democracy cannot thrive or operate well under a dictatorship style of government.

Tambuwal spoke on Thursday during the ongoing 15th All Nigeria Editors’ Conference in Sokoto. He urged the broadcast media to brace up to the challenge of digitization to meet up with global needs.

Tambuwal also advised the Federal Government to, as matter of urgency, overhaul the country’s security architecture to checkmate the rising insurgency and banditry attacks across the country.

He, however said, though the Federal and state governments had done much in containing the menace, much need to be done.

He charged the media not to be despaired in discharging their duty in the midst of economic hardship in which media professionals are also feeling the heat but advised that they should keep faith for better days ahead.

On his part, the chairman of the event and former Governor of Ogun State, Aremo Olusegun Osoba, also bemoaned the Hate Speech Bill, saying ” how I wish Tambuwal is still the speaker of House of Representatives; the Hate Speech Bill would have not seen the light of the day.”

He noted that social media are not part of them that were guided by the code of conduct and ethics for its practice.

He said the council will resist the draconian law stressing that some of them previously paid a supreme price in instituting democracy in the country.

“As a chieftain of All Progressives Congress, I will lobby the National Assembly to kill the bill.”

Earlier, Acting President, Nigeria Guild of Editors Mustapha Isah, commended the governor for hosting this year’s conference. He stressed that the governor had demonstrated to be a reliable friend of the media and the Guild in particular.

Mustapha added that without a robust media our nascent democracy can neither survive, sustained nor be nurtured.

“We must survive in order to perform our constitutional duty of holding government to account,” he said.

He urged the council and the public protect free speech as enshrined in Nigerian constitution.

He further explained that the Hate Speech Bill is targeting the media, maintaining that the Nigerian Guild of Editor is not in support of it and will never support fake news and hate speech.