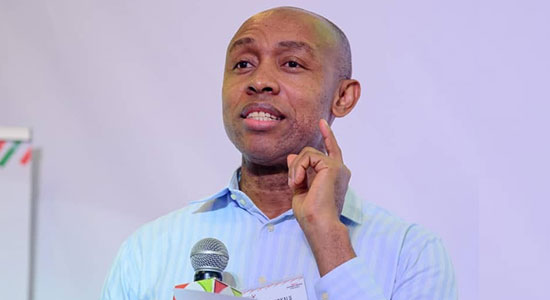 A former chairman of the National Human Rights Commission (NHRC), Professor Chidi Odinkalu, has described the acts of some IPOB militants who invaded a school in Imo with guns in a bid to enforce the Monday sit-at-home as madness.

IPOB had initially declared the sit-at-home in solidarity with its leader, Mazi Nnamdi Kanu, who is being tried for treason. But the order was later canceled because of its economic impact on the lives of South Easterners who are mainly business people. But fringe members of the organization have continued to enforce the sit-at-home.

The militants were said to have invaded the Comprehensive Secondary School, Nkume in the Njaba Local Government Area of Imo State and stopped students from taking their examination.

They also set ablaze motorcycles and bicycles belonging to staff and students.

Odinkalu said the action of the militants was the direct opposite of what they claimed to be fighting for, which is justice and equity.

He said via his Twitter handle that: “The goal of the struggle is to spare children from the scourge of discrimination that blighted the lives of their parents and grand-parents.

Destroying spaces in which kids are taking exams in order to forcefully prevent them from doing their exams is madness.”