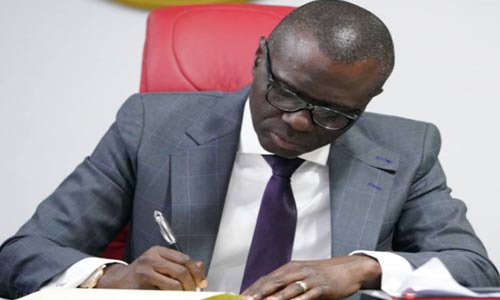 A statement released by the Lagos State Head of Service, Mr. Hakeem Muri-Okunola, explained that the appointees were drawn mainly from the pool of qualified candidates, following the rigorous screening exercise of substantive Directors, which spanned over two months from November – December 2020, culminating in Mr. Governor’s final one-on-one interview of eligible candidates.

Muri-Okunola expressed confidence that the new appointees possess the qualities, competence, and experience required to serve as Permanent Secretary in the Lagos State Public Service.

He further noted that the deployment posts of the newly appointed Permanent Secretaries will be announced in due course.