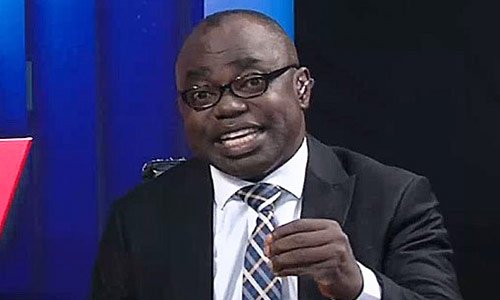 A Legal Practitioner, Mr.Frank Tietie has disagreed with the decision of the Supreme Court which sacks David Lyon and orders that the party with the second highest votes and has fulfilled constitutional requirements to be sworn in.

In an interview at Channels TV, the lawyer says Nigerians are yet to recover from the confusing judgment that the Supreme Court delivered with regards to Imo Gubernatorial Elections which declared Hope Uzodinma as the governor against all reasoning but “it appears more confusion has been added into the polity by this decision of the Supreme Court.

You cannot as a court of justice, a court that is supposed to deliver justice, give a semblance of truth but now creates a situation that is more confusing when you nullify and throw away the mandate of people simply on ground of technicality.

According to Frank in the video of the interview available with TheNigeriaLawyer (TNL), in Nigeria you do not actually need a certificate to contest an election. It is sufficient if you are able to speak, understand, read and write in English Language. That qualifies you to run an election to participate in an election

He faults the nullification of Lyons election and opine that the discrepancy in the information submitted to INEC is not justifiable enough “To think that when pieces of information in a particular form submitted to INEC seem to be incongruent, there are discrepancies, on that basis, not even for the governor, not David Lyon, but that of his Deputy, on that basis would now nullify an election that is the expression of the will of the people of Bayelsa, I think there is something really faulty.

“My immediate reaction is this, when you look at the provisions of section 31 which gives ample time to all of the participants, the sponsoring political parties, whether they are in opposition or contesting and INEC itself to determine the qualification of the candidates that are presented”

When asked whether forgery is enough reason to nullify an election, he says: “it is a trite law that the Supreme Court itself has generated an idea of not truncating justice, of not sacrificing justice on the altar of technicality. You cannot defeat the will of the people, you cannot defeat the essence of democracy and will of the constitution by technicality that leaves uncertainty.”