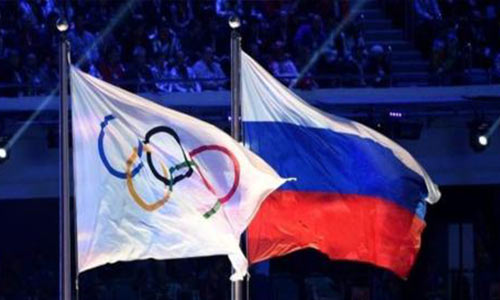 Russia are set to miss the 2020 Tokyo Olympics and the 2022 FIFA World Cup in Qatar after being handed a four-year ban from all major sporting events by the World Anti-Doping Agency (WADA).

WADA ruled Russia should be punished for manipulation of laboratory data after the doping scandal that has rocked sport.

Their executive committee concluded Moscow had tampered with laboratory data by planting fake evidence and deleting files linked to positive doping tests that could have helped identify cheats.

The WADA board convened for a special meeting on Monday close to the International Olympic Committee’s headquarters in Lausanne, Switzerland and ruled unanimously in favour of the global ban.

It is the most severe punishment yet connected to the cheating scheme, which peaked at the 2014 Sochi Winter Olympics.

The punishments come four years after details of the doping scheme were made public, with specific bans on Russian sports and government officials which prohibits the country from hosting international events.

Russia could still contest the decision and look set to do so as it continues to deny many allegations despite several independent investigations finding wrongdoing.

Officials from the country have 21 days to lodge an appeal with the Court of Arbitration for Sport, but if unsuccessful then they face missing the 2022 FIFA World Cup as well as the Olympics in Tokyo 2020.

Falana Asks Malami To Apologise To Nigerians Over Amotekun

What Is The Approved Time For Child Naming In Nigeria.