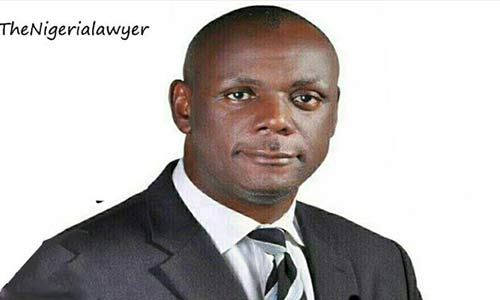 * There should be no excuse for incompetence.

Serial killing, though seems a less charted territory in our criminal jurisprudence, can be effectively dealt with and clearly outfoxed in this global era of forensic science.

It’s no longer news that a new paradigm in crime and criminality just reared up in Rivers State in the form of serial killings of young women in Portharcourt hotels.

There’s no gain saying that protection of lives and property is a cardinal obligation of every government. Though I must commend the Rivers State government efforts in the fight against crime and criminality in the State with the recent launch of a new security outfit, codenamed ‘Operation Sting’ to boost security in the State. It’s rather worrisome that this ugly serial killer wave is coming not long after the launch of the said new outfit.

The worrisome rhetoric now is; How has the police faired in the management of the new security outfit with regard to curbing crime in the state? The simple answer that comes to mind here, with this sour development, is that much is yet left undone.

The Police should wake from it’s slumber now and focus her energy on strategies to arrest and prosecute these bloody serial killers and quickly put an end to this ugly trend that has befallen the state. Engaging every useful technological tool to achieving this feat should be top on the agenda of government and all security agencies. The comment reportedly made by one of the security agencies, linking the murdered victims to prostitution is a bad generalization, unprofessional and condemnable.

It amounts simply to fetching a defence for failure in crime fighting. Such utterance can inflict a lifetime trauma to the innocent victim’s already devastated family. I condemn such distasteful remark in it’s entirety and call on the concerned authorities to disclaim same without equivocation. There should be no excuse to condone crime.

It’s good to hear that security agencies has unmasked and arrested one of the suspects using a CCTV footage in one of the affected hotels. I commend them and urge them never to rest on their oars but to leverage on this milestone to achieving the end.

These incidents have exposed serious security hazards in our nation’s hospitality industry. There’s now an urgent need for a government policy on standardised guest identification and security system in hotels and guest houses across Nigeria. Rivers State Government should kickstart this policy and clamp down on all facilities operating below set security standards.

This grim reign of terror is very terrifying. I call on the Government and all concerned security/intelligence agencies to swift into action and get to the root of this crime. The state should deploy it’s might and security agencies should engage the best technology to ensure that these serial killers are stopped, arrested at all costs and prosecuted.

May I commend FIDA, AWLA, Women in Rotary and other Women bodies in Rivers State for their resonance in championing this course in protection of women rights. I urge every concerned voice, Civil Society Organisations, NBA, presure groups, etc, to rise in unison in condemnation of this assault against the society and womanhood. This brewing evil must not thrive in our society. It must be nipped before it escalates.

Finally, while we challenge the government and security agencies to rise to their responsibilities, I urge us to embark on campaigns aimed at sensitizing our younger women on how best to avoid these criminals and stay safe.

I most heartedly commiserate with the families of the dead victims of this barbarism and pledge to stand with them through this traumatic period until justice is attained for their respective deceased family members.