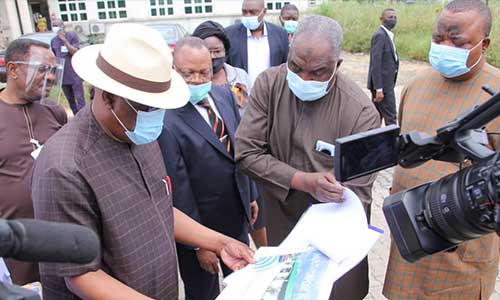 The State Government is to also build a 1, 500 capacity Multi-Purpose Hall at the school.

Governor Nyesom Ezenwo Wike announced this today when he visited the school in company of the Director General of the Nigerian Law School, Professor Isa Hayatu Chiroma.

He said the gesture was part of the state government’s contribution to the development of legal education in the country.

“Rivers State also belongs to the South-South, so we think that we should also make our own contribution.

“Accordingly, our State will construct two new hostels to accommodate nine hundred students each and also build a multipurpose hall that will accommodate 1,500 students.

“Ordinarily, this school was supposed to be located in Port Harcourt, but the former administration rejected the offer made to them. 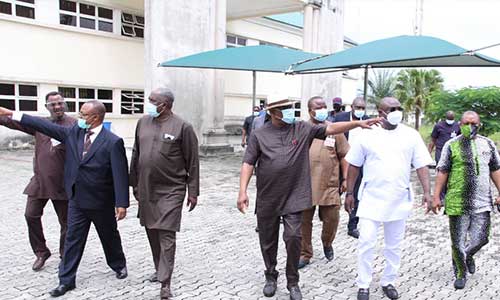 Governor Wike noted that despite the economic challenges faced by the state, it will source funds from its scarce resources to execute the project.

He said the present economic challenges would not stop his administration from solving problems.

“This project will be executed immediately because we do not make promises without fulfilling them.

“I have directed the Attorney General and Commissioner for Justice to write to the Director General to forward the design, so we can commence work immediately, “he added.

Responding, the Director General of the Nigerian Law School, Professor Isa Hayatu Chiroma expressed gratitude to Governor Wike and the Rivers State Government for the support, saying the school would ever remain grateful.