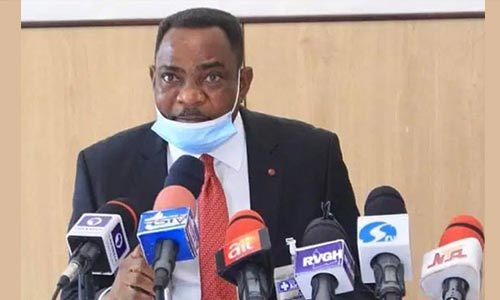 Rivers State Executive Council has formally approved the offer made by Governor Nyesom Ezenwo Wike, to build, furnish and deliver a brand new campus of the Nigerian Law School in Port Harcourt to the Council of Legal Education.

The State Executive Council gave the approval for the construction of a brand new campus of the Nigerian Law School campus in Port Harcourt, at its meeting presided over by Governor Wike at the Government House, Port Harcourt on Saturday.

Rivers State Attorney General and Commissioner for Justice, Professor Zacchaeus Adangor, who briefed journalists after the council’s meeting, explained that one of the conditions prescribed by the Council of Legal Education was that the offer made by the Governor of Rivers State must receive the unambiguous approval of Rivers State Executive Council.

“I am happy to announce that the Rivers State Executive council met today and at the end of the council’s meeting, and upon due consideration of the memo presented by the Honourable Attorney General, Rivers State executive council has formally approved the offer made by government to build, furnish and deliver a brand new campus of the Nigerian Law School in Port Harcourt to the Council of Legal Education.”

He further informed the Executive Council has also authorised the office of the Attorney General of the State to also sign a Memorandum of Understanding with the Council of Legal Education, specifying all the conditions and signaling the approval of the Rivers State government to undertake the construction of the new Law School campus in Port Harcourt.

Adangor said a major advantage of having a Law School in Port Harcourt is that it will address a national problem, which is the lack of carrying capacity of the existing campuses. And also broaden the chances of qualified applicants seeking admission into the Nigerian Law School.

He recalled that the offer to establish a Nigerian Law School campus had earlier been made to the government of Rivers State under the previous administration, but for inexplicable reasons, that offer was rejected.

That offer was followed immediately with a letter from the officer of the Attorney General of the State to the Council of Legal Education, making a formal application for the establishment of a campus in Port Harcourt.

Subsequently, the governor also wrote a letter to the Attorney General of the Federation stating the facilities which the Rivers State government will undertake to provide at the new campus.

The Council of Legal Education met on 18th June, and after extensive deliberation and discussion on the application of Rivers State government , the council resolved unanimously to recommend the approval of that application to the Honourable Attorney General of the Federation and Minister of Justice, Abubakar Malami ,SAN, who also endorsed the establishment of a campus of Nigerian Law School in Port Harcourt.